30 cars will take to the grid on Sunday afternoon for the final round of the 2015 European Le Mans Series, with additional entries in three of the four classes.

LMP2 retains the same 10 car lineup that featured at Paul Ricard, with Ibanez Racing opting to sit out the remainder of the season after running into financial difficulties.

Thiriet is one of three teams in the running to take the 2015 ELMS title. Fellow contenders Jota Sport and Greaves Motorsport will retain their established driver lineups for the end of season showdown (full points breakdown here).

In LMP3, fans will be treated to the anticipated ELMS debut of the Ligier JS P3 coupe, built by Onroak Automotive. The car will be entered by French squad Graff, and will be driven this weekend by Eric Trouillet, Thomas Accary and Gary Findlay. 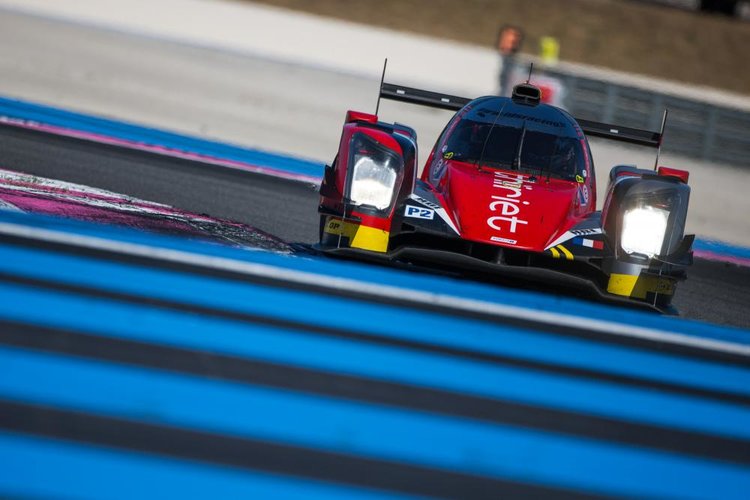 Elsewhere in the class, Spain’s Jesus Fuster returns to the SVK by Speed Factory ranks after being replaced by Mirco van Oostrum at Paul Ricard.

LMGTE also receives a number of welcome additions for the 4 Hours of Estoril. FIA World Endurance Championship front-runner James Calado will bring his wealth of AF Corse experience to the JMW Motorsport lineup, while Daniel Brown has been confirmed for a return to Gulf Racing UK in the team’s Porsche 911 RSR.

Furthermore, Aston Martin Racing will field a GTE car in the ELMS for the first time this year. British GT champion Andrew Howard will partner FIA WEC driver Jonny Adam in a works-entered Vantage V8 that will add a distinctly British element to the BMW, Ferrari, Porsche class manufacturers’ battle.

View the full entry list for the ELMS 4 Hours of Estoril here.