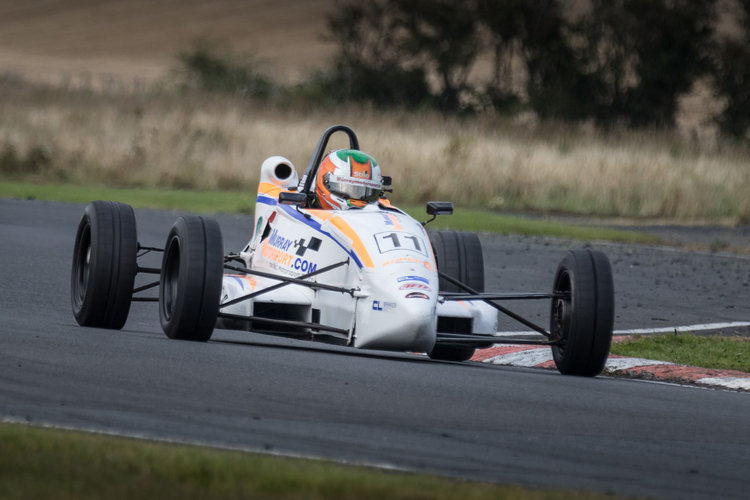 Niall Murray, who won the trophy in 2013 will return to the Formula Ford Festival this weekend as he aims to become the first driver in history to win it twice.

Murray has continued his success since then, having claimed the SEAT Supercup Ireland championship this year. He has become one of Ireland’s top national racers and had also collected the Dunlop Motorsport Ireland Young Racing Driver of the Year award that year.

Having gone through a rebuild, Murray will reuse the car that brought him success two years ago as he competed in a shake down event in Ireland last week.

“It’s great to be back in a Formula Ford for the festival next weekend. We ran the car for the first time in a year last weekend at the Martin Donnelly [Trophy] in Kirkistown purely as a test. I was running P3 until we developed an engine issue but ultimately the pace wasn’t there.” said Murray.

“Since then we have put countless hours of work into the car and have found lots of small problems, so I believe the car will be a lot faster and better set up than ever, even when I won the festival in 2013. I’m beaming with confidence that I have the chance to be the first double winner of the festival.”

The festival has not been his only success in category, having collected both the All-Ireland and the Northern Ireland Formula Ford 1600 championship in 2014. As a result, he’ll be the name to watch out for, in the build up to the 40th Anniversary to the event.