David Higgins will make his second Red Bull Global Rallycross appearance of the season next week when he takes to the track for the Las Vegas season finale.

Higgins, who has just completed an unbeaten season en route to his seventh Rally America title, will drive a Vermont Sports Car prepared Subaru backed by DirtFish Rally School who were the sponsors of Higgins’ sole 2014 entry when he raced in the Seattle round at the Washington rally school.

“I am very proud to be representing two great brands in American motorsport with DirtFish and Subaru”, says Higgins. “The car looks fantastic and after a very positive test last weekend I really feel I can put on a great show in Vegas.”

The Isle of Man native’s outing in Vegas will likely mark his last competitive appearance on US soil for 2015 before he heads to Wales to compete in the closing round of the World Rally championship a week later. 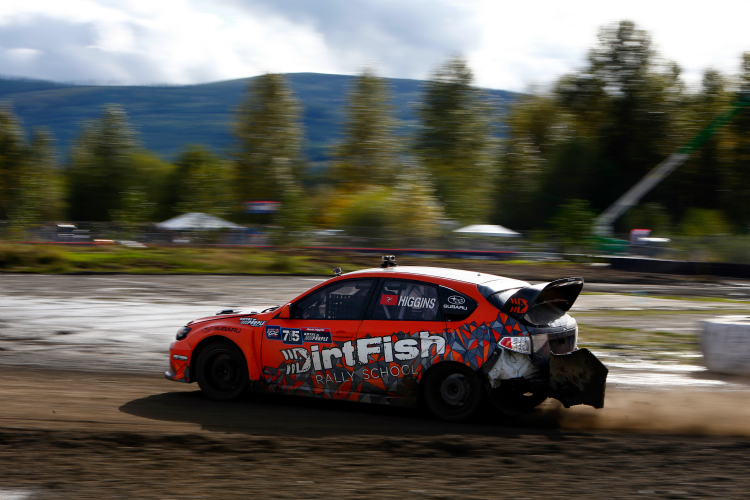 Dominik Wilde is a professional motorsport and motoring writer that has covered events in both the UK and USA. His main focus for the Checkered Flag is covering Americas Rallycross and Nitro Rallycross.

Tänak parnters up with American DirtFish brand for 2020

Scott Speed confident of Subaru success after ‘leap of faith’

Craig Drew on swapping pace notes for the spotter’s tower