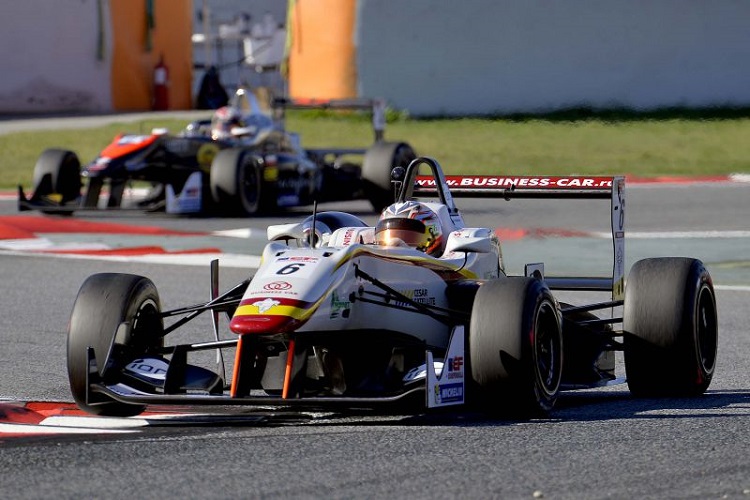 Konstantin Tereschenko continued his Friday practice form into first qualifying on Saturday to secure an important pole position as he battles to remain in the EuroFormula Open championship hunt.

The Russian driver took one point out of the 32 point gap to championship leader Vitor Baptista by securing his seventh pole position of the season for the opener at the Circuit de Catalunya, while Baptista could only manage fifth.

Baptista was only 0.047s behind Juncadella’s time, but was the only RP Motorsport representative inside the top ten as the team appeared to struggle for pace during the session.

DAV Racing’s Leonardo Pulcini will start alongside Baptista in sixth, with Yarin Stern and Tanart Sathienthirakul locking out the fourth row for Team West-Tec F3, with the duo separated by just 0.005s.

Chinese racer Kang Ling made it two DAV Racing entries in the top ten and will start ninth, with debutant Ferdinand Habsburg completing the top ten for the Drivex School team.