Tony Stewart Announces Retirement from NASCAR after 2016 – The End of an Era?

Only Tony Stewart could make a retirement announcement, normally a sombre and reflective affair, into a combination comeback party and celebration of the personality and career of a man who, having been initially inspired by A.J. Foyt, ended up having a career almost as successful and spectacular across NASCAR, Indycar and beyond.

Stewart’s retirement announcement was right up there with Romain Grosjean moving to his team co-owner’s new F1 venture in terms of badly-kept secrets, and neither was the announcement of his prospective replacement in his #14 car – one Clint Bowyer. But both announcements still shook the NASCAR world in different ways – the latter being more relief that Bowyer, who’s #15 Michael Waltrip Racing ride will cease to exist at the end of this season, will have a strong ride to jump into after a one-year stepping stone arrangement, likely in the #51 H-Scott Motorsports Chevrolet. But the former was a stark reminder that NASCAR is saying goodbye to one boom period and hoping that it has the talent coming up through the ranks to spark another one.

Not that Stewart wanted this retirement speech to the start of a something-in-my-eye farewell tour. In fact, what was so refreshing about the announcement was Stewart’s return to form. 2011 and the last of his three Sprint Cup championships seems a long time ago now, and in the interim he’s had to battle a nosedive in results, an awful leg injury, and being involved in a tragedy of which motorsport has never quite seen before and no driver should ever have to face. It’s not surprising therefore that the original prankster of NASCAR has been rather more subdued recently; the most animated we’ve heard him all year up until now was angry shouting matches with his crew over the radio, talking about frustration with the current rules package and his own slump in form.

But the decision to step back after 2016, and the manner of which it was announced, was entirely typical of the man; jovial and humorous (including jokes about becoming Grosjean’s team-mate at Haas F1 and Harry Gant taking over his ride at the ripe old age of 75) and most importantly, on his own terms. Stewart has characterised his career by being bold and never letting anyone tell him what to do. It’s an approach that saw him storm to an Indycar series championship in 1997, before switching to NASCAR, winning three races in his rookie season (still a joint record) and getting in scraps with the likes of Dale Earnhardt Sr, Jeff Gordon and famously Kenny Irwin at Martinsville. If Gordon was the clean-cut mainstream superstar, NASCAR’s own John Cena of the time, Stewart would quickly rise to become the sport’s equivalent of CM Punk; the outspoken fan favourite who had the chops and fearless driving skill to back up his confrontational attitude.

And what helps make Stewart’s decision easier is that this isn’t goodbye forever. He has already been a part team owner since 2009, and his Stewart-Haas Racing team have already won two Sprint Cup titles and risen to become one of the sport’s top dogs. And even after he steps back, adding Bowyer in the mix alongside reigning champ Kevin Harvick, 2004 champ Kurt Busch and the media darling Danica Patrick creates one of the strongest driver rosters in Sprint Cup; one that can stare down the titans of Penske, Gibbs and Hendrick on equal footing. And, as Stewart noted, he does at least have one more year to win the two major races that have eluded him – the Daytona 500 and the Southern 500 – and get up NASCAR’s nose as much as possible in preparation for being called to the hauler as an owner from 2017 onwards. As for racing, this retirement is from Sprint Cup but not much else; Stewart also declared that he’d still be up for competing in his beloved dirt racing disciplines, as well as potential Truck races (including as his own Eldora racetrack) and a crack at the 24 Hours of Daytona. 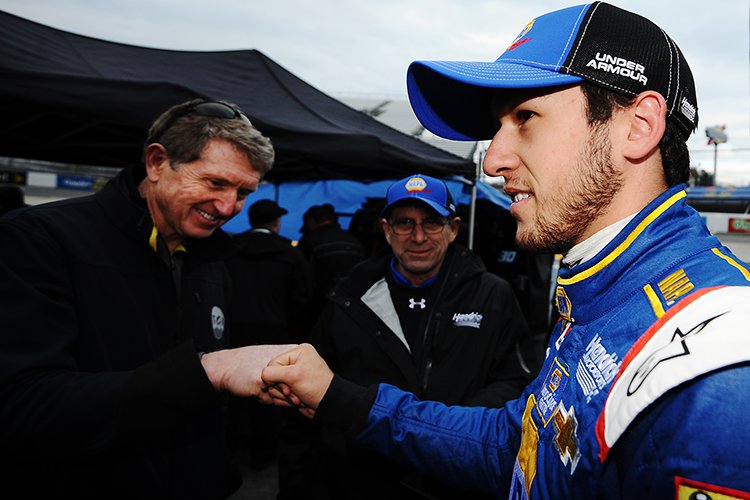 What this really does bring into focus is NASCAR’s new challenge in bridging the generational gap. Jeff Gordon’s retirement tour this year has brought this into sharp focus, and we now have a scenario where in the next five years, the likes of Matt Kenseth, Dale Earnhardt Jr and Kurt Busch – all who started in Sprint Cup around the same time as Stewart – may well also depart the sport. This all puts a huge emphasis on the superstars of tomorrow, but breathe easy fans – NASCAR is well prepared in that respect. One such young sensation, Chase Elliott, is jumping into Gordon’s ride next year, whilst others are already in Sprint Cup (e.g. Kyle Larson, Stewart’s first choice to take over the #14) or are banging on the door of Cup rides (e.g. Erik Jones, Chris Buescher).

So as we say goodbye to one boom period for NASCAR, we can feel confident that another one isn’t far away. And that above all else, one of the biggest personalities in NASCAR’s history is here to stay for a long time yet in one way or another.

By Justin Nguyen
2 Mins read
For the NASCAR Cup and Truck Series’ dirt races at Bristol, a random draw will set the lineup for the heats, and points will be awarded for passing drivers.
NASCAR Cup Series

By Justin Nguyen
3 Mins read
Ahead of NASCAR’s inaugural Texas Grand Prix at Circuit of the Americas in May, Cup Series champions Chase Elliott, Brad Keselowski, and Martin Truex Jr. conducted a tyre test for Goodyear.