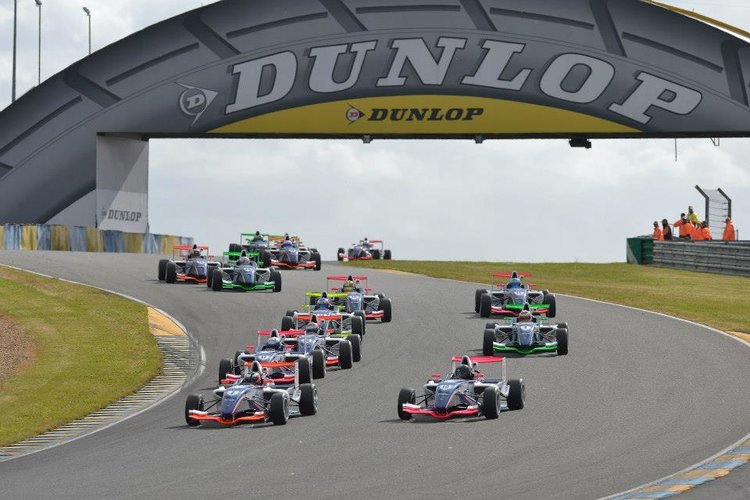 While his end of season success is perhaps not as note worthy as certain other (British) club drivers, there was something that put Valentin Moineault above the rest of the field as he became the man to beat in a series where performances should have varied at different tracks.

Many junior Formula homogenise their car as to give the driver the greatest advantage, however the French F4 Championship goes one step further by getting rid of the teams as well. As much as it is the driver who makes the biggest difference, many will tell you, a spot at ART Grand Prix, Carlin or Prema Powerteam can be a recipe for success, giving you that edge over your opponents.

Perhaps then, this makes Moineault’s success even more noteworthy. He managed to win the series by 76 points, having won over a third of all of the races, which is incredible considering he had only won one race after the first three rounds. 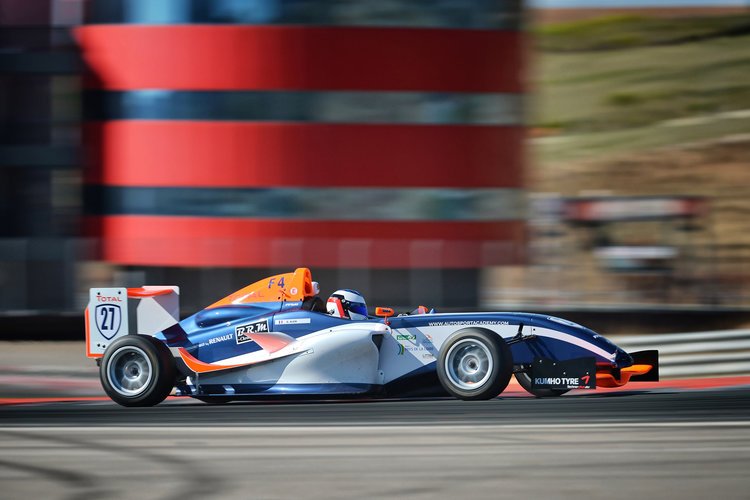 French F4 may be one of the forgotten Formula Renault Series, but that won’t make 2015 any less memorable for the magnificent Moineault.

An incredible seven drivers took at least one podium after the first weekend at Ledenon. Despite this though, one driver took the headlines for more than one reason. Having had a rookie champion just two years prior, it didn’t seem that unlikely that the double victory from Giuliano Alesi would be the start of something great.

Alesi, son of Formula 1 driver Jean Alesi, came into the series as the most high profile rookie, and despite his fathers best attempts to not gain too much attention, soon become the main attraction.

Two victories, two poles and two fastest laps had seen the fifteen year old leave as the points leader, despite a retirement in race two. As for Moineault, he’d been the runner up in the opening race and went on to collect two seventh places.

Another driver who’d performed better than he’d expected was Nerses Isaakyan. Having moved into open-wheel racing for 2015, Isaakyan was hoping to cement his place in the championship, however; an uncommitted season saw him go on to pick up just one more podium, as he dropped down the order.

A strong opening weekend saw Mexican Axel Matus picking up a third place. He continued his impressive performance picking up a pole position at the second round. Despite qualifying well for the first race and picking up a podium, he quickly saw his weekend move backwards. His season provided little success in its second half.

Having inherited the lead of the final race early on, Sacha Fenestraz looked on target to take his second win of the year, but ended up losing ten seconds in the closing laps. His misfortune would allow Moineault to win his first race of the season and start a championship assault. 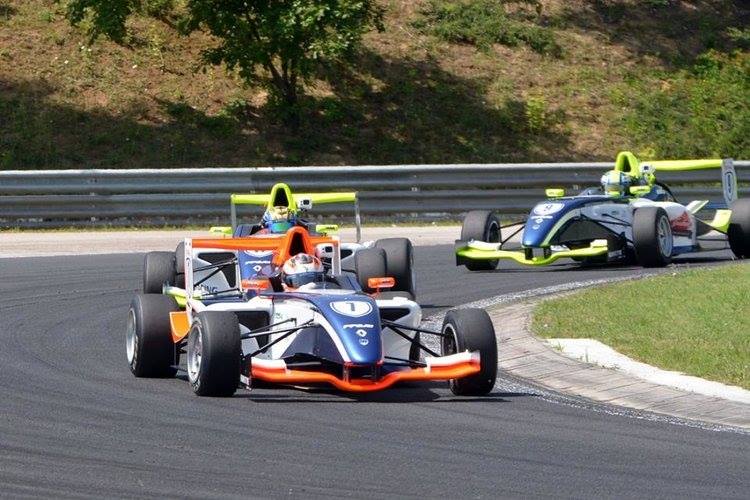 Valentin Moineault proved to be a runaway success in the second half (Credit: Auto Sport Academy)

Having won a race at the opening round of the year and been in the points for every race so far, Fenestraz was a contender for the title and a double win in Pau allowed him to take the championship lead.

But like Alesi, the second race did not go as planned. Instead it was Matus who took his only win of the year. The 25 points re-established his position as an outside title prospect, but a poor second half would soon see him fall back.

Meanwhile; Moineault would settle for second place in both races, not troubling the rookie in the weekends closing fixture. Both races also saw Gabriel Aubry finish in third.

While Aubry proved to be little competition to the run away duo, the result in Pau would see him go on to collect decent results. The final race saw Aubry stuck behind Alesi for the majority of the race, before leaping him at the safety car restart.

The international round soon followed with the drivers racing around the Hungaroring circuit. Having missed the previous round, three Russian drivers made their return, with Aleksey Korneev once again returning to championship potential.

Having performed poorly in the opening round, the Russian was able to win the first race at Le Mans before committing to the SMP F4 Championship. Despite the interruption, Korneev seemed to lose none of his ability and went on to finish all his races in the top five, even picking up a third place in the second event, once again proving his consistency.

Having dropped points on his rival, Moineault was on form around the Hungarian forest, taking two poles and setting himself up for the race. The 19 year old went on to take a commanding victory away from home soil having finished ahead of another returning Russian, Nikita Troitskiy.

While Moineault dominated the first and third races (the rounds determined by qualifying) it was Aubry who continued his good form, to collect his first victory in the reverse grid second race. Behind him was Julien Darras who continued his run of reverse race podiums, having already picked up a win at Le Mans.

As for Fenestraz, he had to settle for two third places in the qualifying races, seeing his lead at the top drop significantly, eventually losing his four point championship lead. 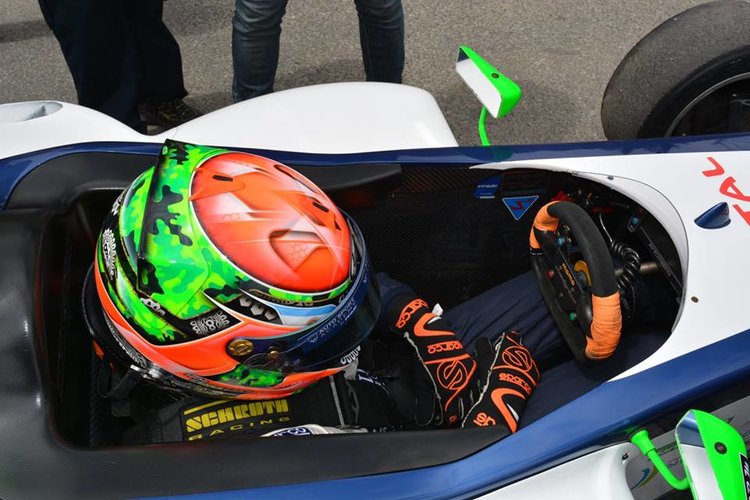 Despite Sacha Fenestraz’s best efforts, the rookie had to settle for the runner up spot. (Credit: Auto Sport Academy)

As the drivers went into the second half of the season, an order was clearly emerging with Moineault now leading. Fenestraz was the closest challenger, while Alesi’s spectacular opening weekend seemed far behind him as Aubry caught up in the title battle.

Magny-Cours is not a circuit known for its overtaking and so it proved in the opening race of the weekend as Moineault took the season’s first back to back win ahead of Fenestraz, while Gabriel Aubry rounded out the high quality podium.

A dramatic second race saw the podium finishers all retire, with Moineault spun on lap three. It was Simo Laaksonen who benefited from the carnage to win his first race of the season ahead of Kami Moreira-Laliberte in his only podium this year.

If there was one area that Moineault appeared to struggle, it was the reverse race. Like many of his fellow junior series champions this year, the Frenchman would often find it hard to make progress through the field. This was most prominent in Navarra where, despite collecting another double pole, he finished only eleventh in the reverse grid.

Some would benefit from this though. Having not featured in the top four for the first half of the season. Ye Yifei utilised his reverse race front row start at Navarra to claim his first win of the year. He went on to repeat the feat a few weeks later.

His success while leading proved to be a story throughout the year as battles for the lead often remained quite neutered. Unless the leader ran into issues or the second place driver was exceptionally quicker. It was common for the driver who lead at the end of the first lap to go on to claim the full points.

The Navarra round also proved to be a strong event for Julien Andlauer who picked up a second place, his best result of the year, in the final race, having disposed of Alesi early on. Unfortunately for the 16 year old, he was unable to catch up with Moineault who brought home another convincing win.

Alesi had had a polarising weekend. Having beaten Moineault in the first race, taking his third victory of the year, he struggled and fell back in the final race, holding up a queue of cars in fifth. 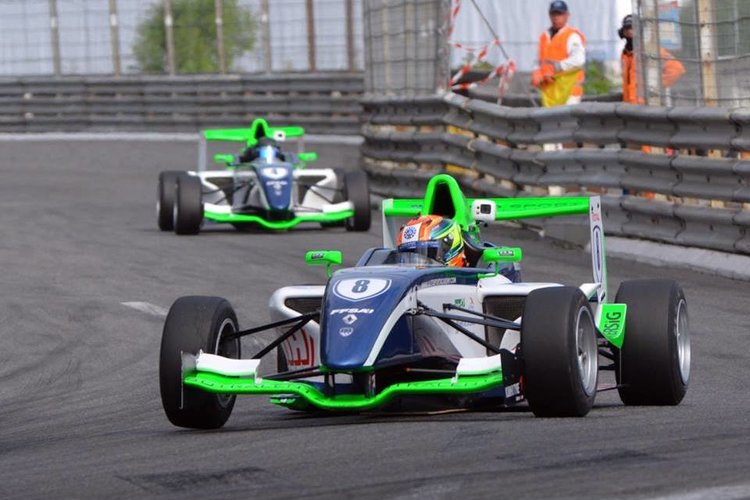 Going into the final race of the year, Moineault lead by 59 points. With not many more to play for, the task for Moineault seemed simple. While he could have taken it easy, the 19 year old went on to claim his fourth double pole in a row and collect another two victories.

Being the end of the season, many drivers wanted to end on a high note. None more than Louis Gachot, who finally collected his first podium of the season in the reverse grid second race, having started in sixth. The British driver used the result to climb into fourteenth overall, ahead of Isaakyan.

The final race of the year saw Moineault complete the triple collecting the fastest lap, pole and eventual race win in front of Laaksonen, who continued his strong end of season. Meanwhile Fenestraz settled for third, ending the season as the highest place rookie and collecting the Junior F4 Championship.

In the final standings, Moineault beat Fenestraz by 76 points while Aubry settled for third. Alesi may have started the season strong, but dropped in his consistency towards the end of the season, beating fellow race winner Darras, by 2.5 points.

Behind the top five came the international drivers of Laaksonen and Matus, who failed to finish on the podium for the second half of the year. In eighth place overall came Andlauer, who was able to hang on after Laliberte did not race for the final round of the year.

In tenth place overall was Reuben Kressner. Having competed in the series in 2014, the Swede will be disappointed to have not collected more than two podiums and only collecting a top ten spot after a strong final race. 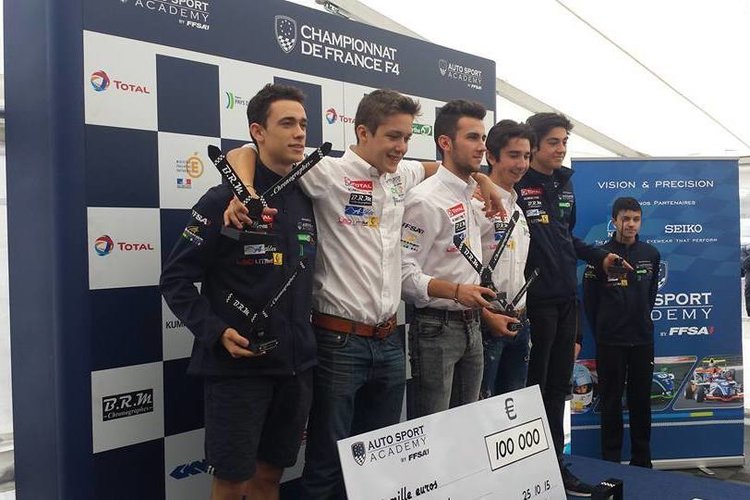