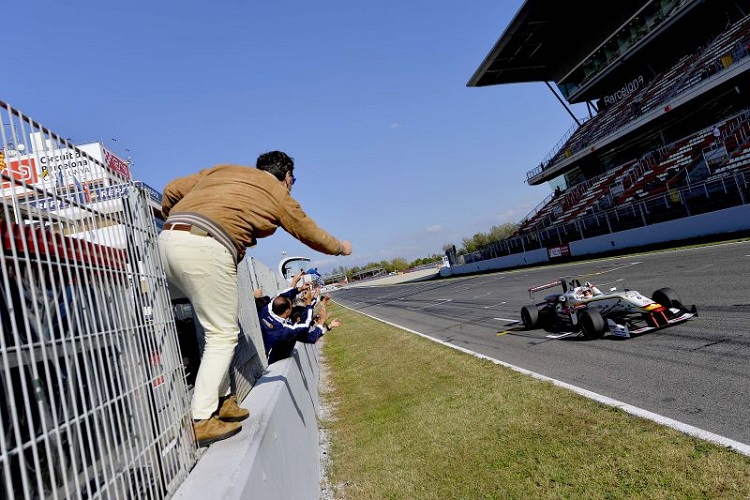 Konstantin Tereschenko secured victory in the final race of the EuroFormula Open season at the Circuit de Catalunya, but Vitor Baptista was crowned champion after finishing fifth.

Baptista only had to finish the race without being disqualified to clinch the title, and even though Tereschenko took the win, pole position and the point for fastest lap, it was never going to be enough to snatch the title away from the Brazilian.

For the second day running, Tereschenko was untouchable, with the Russian driver leading from start to finish, and led a Campos Racing 1-2 in the team’s home event ahead of team-mate Diego Menchaca, who enjoyed his best performance of the season.

Yarin Stern had a lonely race to eighth for Team West-Tec F3, with Kusiri Kantadhee ninth for RP Motorsport, while the final point of the season went to Thai driver Tanart Sathienthirakul, who had to fight back from a mistake at the first corner that left him down the order.

But Baptista secured the title, with the Brazilian likely to be hot property when it comes to drives for the 2016 season. He truly earned the title in his first season of racing in Europe, having arrived from his native Brazil having won the 2014 B-class title in the National Formula 3 series.

Tereschenko too can be proud of his achievements in 2015, and could possibly make the jump into the GP3 Series having finally made his debut there in his homeland last month.