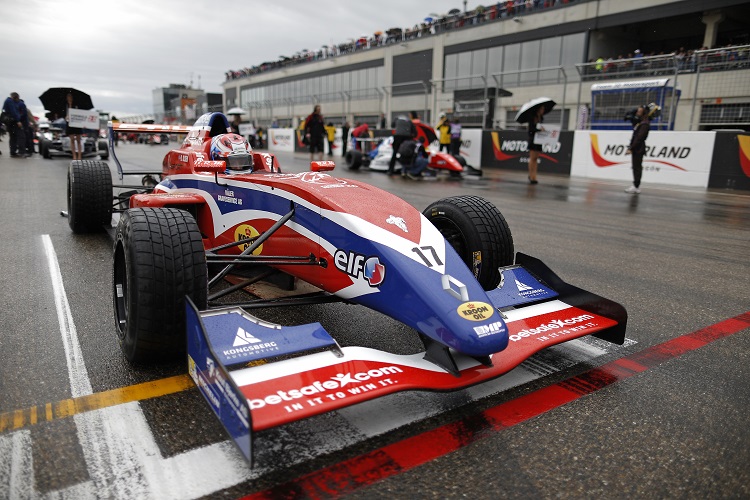 The Manor MP Motorsport team have followed Koiranen GP’s lead and are not on the provisional entry list for the 2016 Eurocup Formula Renault 2.0 Championship season.

The Dutch team took a sole race victory in the championship with Norwegian driver Dennis Olsen in 2015, and also secured podium finishes with Italian driver Ignazio D’Agosto, but it appears the team will not return to the championship in 2016.

Fortec Motorsports have announced Bruno Baptista, Ferdinand Habsburg and Vasily Romanov, while Henrique Chaves has remained with AVF for another season.

“We are very pleased to reveal the names of the seven teams pre-selected for the 2016 season,” revealed Renault Sport Technologies Motorsport Director Jean-Pascal Dauce.

“For a very long time, the Eurocup Formula Renault 2.0 has been one of the most important categories in the formation of drivers and we are working tirelessly to consolidate this status.

Next year, no less than nine of the current F1 drivers cut their teeth in Formula Renault 2.0 and the interest shown by many drivers coming from F4 confirms our belief that this is an ideal training tool for young talents.

“With the current economic situation, we have chosen stability and quality over quantity. We think this will allow these well-known and established teams to attract the best competitors to offer us a 2016 season that already promises to be historic!”

The final entry list will be revealed on 12 March, with teams able to field up to four cars each in 2016.