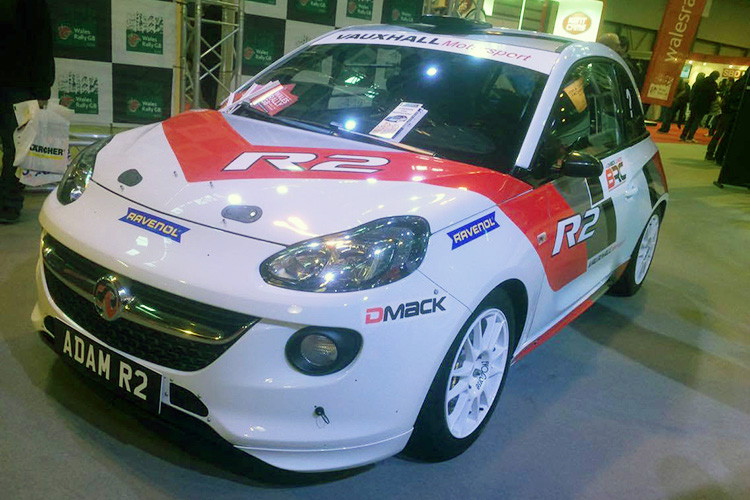 The Vauxhall Motorsport Junior Rally Team have unveiled the winners of the prize that will see two drivers take part in the 2016 MSA British Rally Championship.

At the 2016 Autosport International show yesterday (14 January), the team confirmed that Robert Duggan and Mattias Adielsson will be piloting a pair of Vauxhall ADAM R2’s in the DMACK Junior BRC class.

“I am over the moon with the prize as this is a huge step for my career,” said a delighted Duggan. “I would like to thank Vauxhall, Simon Mauger and his team for the amazing opportunity. When we first sent in our application we thought it would be great to win, especially with the amount of competition.

“I have been rallying for three years in Ireland and to compete in the British Championship was the next logical step for us. With the mix of gravel and Tarmac events and International appeal it was definitely the right step especially with the fantastic prize offered by DMACK for the winner at the end of the year. I hope to fight for the prize but it wont be easy.”

Swedish driver Adielsson added, “You always hope you can win but when I heard the announcement I was a little shocked! After a few Junior ERC rounds, competing in the full BRC will be an exciting prospect because the Swedes have been before and been successful and I want to bring Sweden back into the British Rally Championship.”

By Steven Batey
1 Mins read
Hyundai Motorsport have unveiled its new i20 N Rally2 car that is set to go on sale to customers next year.
British Rally ChampionshipOff Road

By Nigel Chiu
1 Mins read
Motorsport UK has signed an agreement for rallying to continue in Wales until 2023.