Rispoli and Winfield ready for the new BSB season 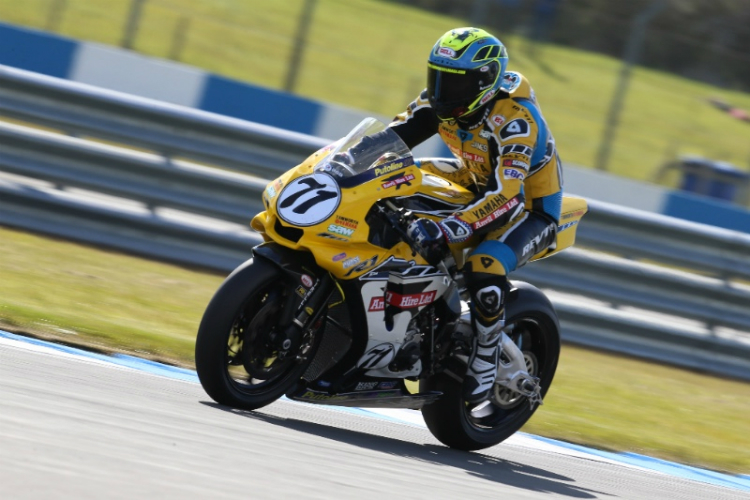 Anvil Hire Yamaha duo James Rispoli and Shaun Winfield are raring to go ahead of the 2016 MCE British Superbike opener this weekend.

Both riders have enjoyed a productive pre-season, with testing programmes in Spain and the UK helping to set-up their new machines.

This will be Rispoli’s maiden BSB season following two impressive years in the British Supersport Championship.

The two-time AMA Supersport Champion completed over 150 laps during testing and he is ready to hit the ground running at Silverstone.

The American said: “It’s been crazy this past week, but I’m definitely excited. We have been working hard this past week receiving some upgrades and we’ve now got where we want to be with the engine in terms of performance so hopefully that will show in the speed traps at Silverstone this weekend.”

The 24-year-old has enjoyed plenty of success at Silverstone in the past, with podium finishes at the Northamptonshire circuit in 2014 and 2015.

He added: “I have a good pedigree at Silverstone, it is different riding a superbike there but it is a great circuit to start off at. It’s a long season and there are lots of points to play for throughout the year, we want to carry on progressing and come away with two solid point scoring rides to start the season, we are definitely confident in our package, so rain or shine, we are ready!”

On the other side of the garage, Winfield has been enjoying himself through the winter and he managed to equal his lap-times from the 2015 season.

Ahead of the new season, the 22-year-old said: “I’m really excited for this weekend, it feels like years since we left Brands Hatch in October, and I can’t wait to get back out on track. I’ve had a great pre season, one of my best really because of the times we’ve achieved on a machine I’m still getting used too, and with upgrades still to come that will help us.

“The test at Silverstone last week helped us a lot because we worked on what we wanted to test, and we gained some great useful data to help us this weekend. My time was more or less on a par with that I set in the race last season, so to say I’m excited about this weekend is taking it lightly.”

The first free practice session of the new BSB season gets underway on Friday at 10.15am.