Pedrosa Staying With Repsol Honda for 2017 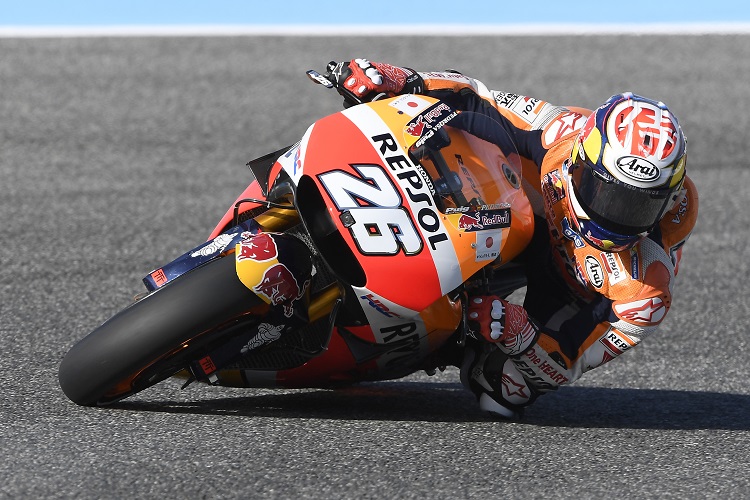 Dani Pedrosa has signed a two-year contract extension with Repsol Honda, ending speculation of a possible switch to Yamaha for 2017. The Spaniard had been heavily linked with a switch to the reigning champions in the Spanish and British press but today’s news appears to leave Maverick Vinales as the certain replacement for Jorge Lorenzo.

Pedrosa has made each of his 171 MotoGP starts with Repsol Honda, including 28 victories, and today’s announcement will see his association with the Japanese manufacturer extend to 18 seasons, including his time in junior classes. The 30 year old is delighted to have confirmed his future and is now looking to focus on returning to the podium at Mugello this weekend.

“I’m very happy to be able to announce my renewal with the Repsol Honda Team. I’m very grateful to Honda for the trust they’ve shown in renewing with me for an additional two years. I think it’s best for me to continue with the company I was with at my very first race. I’m happy that the negotiations have been quick, and now I can just focus on racing. I want to give 100% this weekend at the Italian GP.”

HRC Executive Vice-President Shuhei Nakamoto has also welcomed the news and believes Pedrosa will play a key role in helping them close the gap to Yamaha.

“We’re very pleased to renew our contract with Dani, and we really appreciate his loyalty to Honda and HRC. We’ve been working together for many years, but we always see in Dani the same passion and dedication. His experience is very important for helping our technicians to develop our bike, and we’ll do our best to help him to demonstrate all his talent!”