Andy Priaulx: At Le Mans, instinct is everything 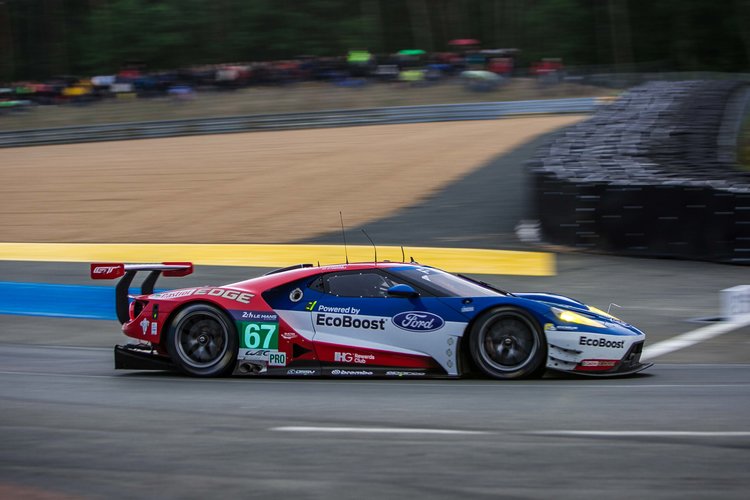 The Checkered Flag: Your team sits fifth on the grid for the 24 Hours of Le Mans. What was the key to setting a quick time during the busy Wednesday session?

Andy Priaulx: “We did our fastest time at the beginning of the session, which was the best time to do it because traffic was at a minimum. Harry [Tincknell] did a great job to put together a very competitive time at the start and as a result we have a solid grid position along with the other Fords. That gives me the confidence that we can do the same in the race.”

TCF: Are the UK-entered Chip Ganassi Racing Ford GTs running a different setup to the US cars? There was a notable difference in pace between the two, in favour of the latter.

AP: “Both Fords have similar set ups so nothing really stands out. The US cars were very strong in the second sector so it’s possible they had a good slipstream which helped them. Still, our car was quicker in the last sector so we were able to make some time but the end result didn’t quite match the fastest lap. That’s the way it so often goes at Le Mans; if you get the perfect tow or are lucky with traffic you will be rewarded with a good lap time.”

TCF: How was qualifying for you?

AP: “Qualifying was quite tough. Because I’m experienced the team didn’t give me too much running and so I didn’t get the chance to set a lap time in the dry. In the first part of qualifying we wanted Harry and Marino [Franchitti] to have a good run, which they did, but then the red flags meant we ran out of time.”

TCF: Will the lack of dry practice be a hindrance during the race?

AP: “I’m starting the race and really looking forward to getting that first stint done after so little time on track during practice. As we’ve seen, the weather is very changeable this weekend but I’m confident about driving in the rain if it’s a wet start. It’ll probably take me one lap to get into a groove but once you’re in race mode you’re so fired up and fixated with following traffic that you deal with the conditions naturally.”

TCF: When the rain is intermittent like this, how do you go about forging a race strategy?

AP: “You can’t have a strategy when the weather is bad, especially here. It can be dry at one point on the track and hammering it down with rain somewhere else, so it’s nigh on impossible to arrange a set strategy for the race. The Nurburgring [Nordschleife] is another circuit with the same sort of differential, meaning instinct is the number one skill to have. It’s so important to be instinctive here but also not to panic because that could result in going off, and that’s what makes Le Mans so difficult. With the long straights and the heavy braking areas, the circuit basically pulls you into making a mistake, so you need to be totally in control at all times. When we’re at Le Mans, we live off instinct more than anything else.”