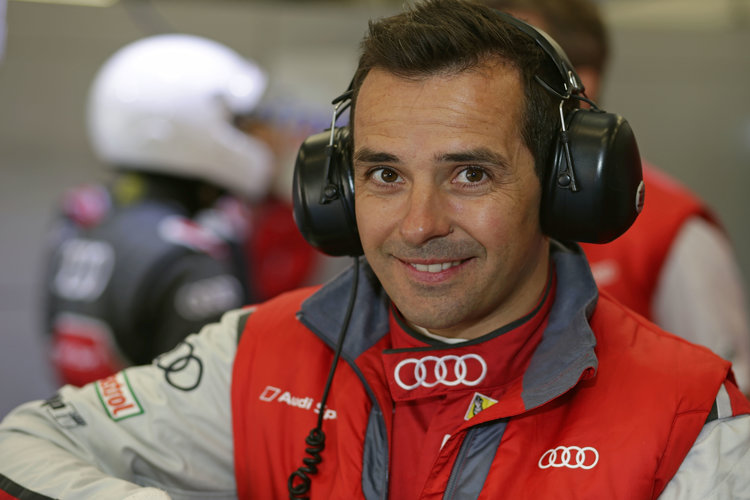 Best known for his exploits with Audi in the hybrid era, Benoit Treluyer is one of the most successful French drivers at the 24 Hours of Le Mans. But before his trio of victories with Andre Lotterer and Marcel Fassler in 2011, 2012 and 2014 came a debut appearance with Hugues de Chaunac’s ORECA GT team in 2002. Here he shares some of his memories from that first outing (and earlier!).

“The first time I went to Le Mans….I don’t really remember, I was too small! I grew up only 50 kilometres from the circuit so I have been watching racing there since the beginning. But the one I really remember occurred when I was a teenager, when Mazda won in 1991 with the 787B and that incredible rotary engine. That was an amazing race for me, because I remember the sights and sounds vividly as a spectator.

“Experiencing the race from the outside was great, but in truth the memories gained at Le Mans as a spectator are totally different to those gained as a driver.

“My first experience behind the wheel was in 2002, with ORECA and the Dodge Viper program which contested the GTS class. It was really good but an immense challenge. We had a very dramatic race because both my team-mates [Jonathan Cochet and Jean-Philippe Belloc] encountered their own problems which basically doubled my workload.

“Jean had a foot problem so he couldn’t brake as hard as usual, while Jonathan fell ill after the first stint. That meant I had to do the equivalent of an 11 hour solo race because they would only do one stint at a time and I had to then jump in for the next two stints because they physically couldn’t stay in the car. As you can imagine, it was really hard but at the end when we reached the finish in third place I was so happy.

“I remember the last lap: our car ran with the French colours and the spectators were going crazy with their flags and banners. Afterwards they all came and congratulated us and it was truly fantastic.

“We could have won the race really, or at least come close. We had a problem with our car’s alternator so we lost time at the end of the race and lost a few laps to the two works Corvettes.

“Obviously it would have been amazing to win but we still finished third, so I stood on the podium at my first Le Mans which is a feeling few drivers are able to experience. I returned two years later with Pescarolo Sport in the LMP1 class and won for the first time with Audi in 2011. It is a magical race and I can’t wait to return again this year.”

Treluyer will take part in his twelfth 24 Hours of Le Mans in June 2016, once again teaming with Lotterer and Fassler in one of two Audi R18 hybrids.

By Fergus Mckie
4 Mins read
The FIA has released the full entry list for the 2021 FIA World Endurance Championship.