Tony Lynch fended off the competition to take victory in the  MSA Supernational Rallycross Championship in Belgium.

In the final, Paige Bellerby led ahead of Lynch, but the Wigan driver passed the Lotus Exige driver for the lead three laps into the final. Bellerby made a small error on lap five to allow Guy Corner into second.

Corner remained in second till the finish, behind Lynch who claimed victory on the Maasmechelen Circuit. Bellerby completed the podium positions in third place.

Mike Howlin finished fourth in his Ford Fiesta, while Brian Jukes and Vince Bristow rounded out the top six finishers in fifth and sixth places respectively.

Lynch said after winning in Belgium “I’m absolutely made up. The team has worked hard to get the car to where it is. Julian Godfrey’s helped us to set it up since Pembrey and we came here with good confidence. I needed the win for the championship, hopefully we can stay strong for the rest of the year.” 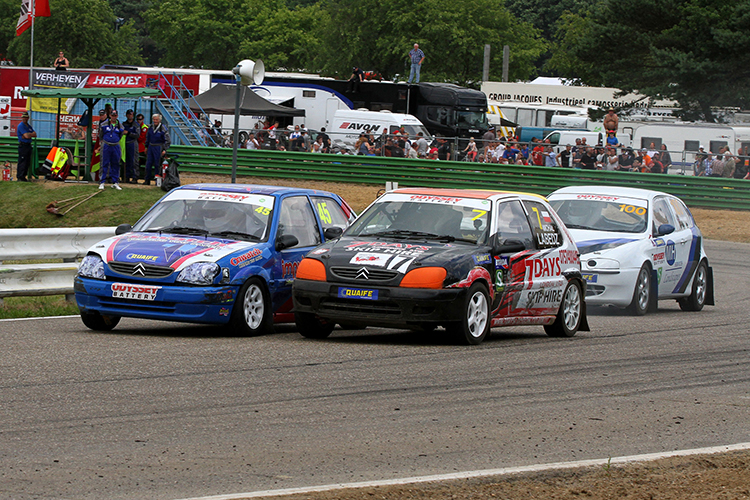 Fireworks On and Off The Track Finalises the 2021 BRX Season

By Mark Cridland
5 Mins read
The 2021 British Rallycross season came to a spectacular end with entertainment both on and off the track for all fans and drivers alike a Lydden Hill Race Circuit.
British Rallycross