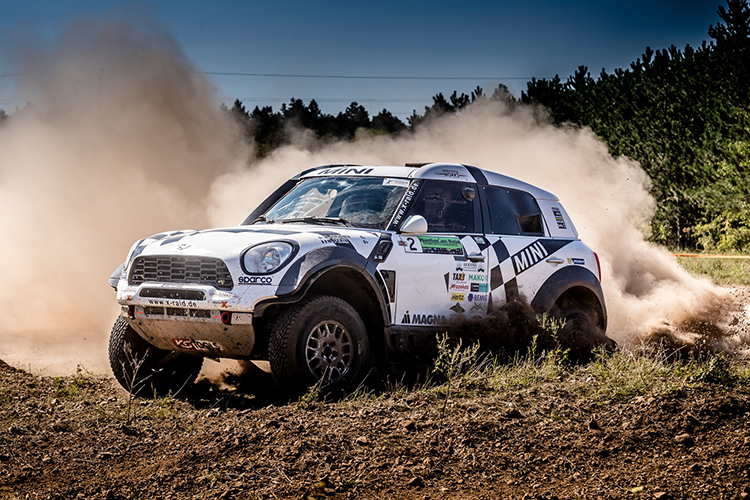 MINI All4 Racing will be fielding five crews for the 2016 Rallye du Maroc event.

The penultimate round of the 2016 FIA Cross-Country Rally World Cup sees MINI field five crews in Morocco in what is the final test before the 2017 Dakar Rally in January 2017.

Former World Rally Championship driver Mikko Hirvonen, who won at the last round at the Hungarian Baja, will be alongside experienced French co-driver Michel Périn.

Hirvonen will be looking to add another win in Morocco to build on his second-ever start in the Cross-Country Rally World Cup.

MINI All4 Racing will also have Yazeed Al Rajhi and German co-driver Timo Gottschalk to assist the Saudi Arabian around the Moroccan terrain.

Al Rajhi and Gottschalk are no stranger to cross-country rallying and will be using their experience to great effect for MINI All4 Racing in Morocco.

Completing the final three crews out of five for MINI All4 Racing at the Rallye du Maroc is Orlando Terranova/Paulo Fiúza, Boris Garafulic/Filipe Palmeiro and Jakub ‘Kuba’ Przygonski/Tom Colsoul.

The 2016 Rallye du Maroc starts on Sunday 2 October 2016 with the opening Super Special Stage, with the rally coming to its conclusion on Friday 7 October 2016.

By Vince Pettit
1 Mins read
British rally driver Harry Hunt has been ruled out of taking part in the 2017 Dakar rally following an accident earlier this month in Morocco.
Cross-Country Rally World Cup

By Umar Hassan
1 Mins read
Harry Hunt is relishing one of his biggest challenges in his short Cross-Country rally career as he gets used to life with his Peugeot 2008DKR in Morocco.