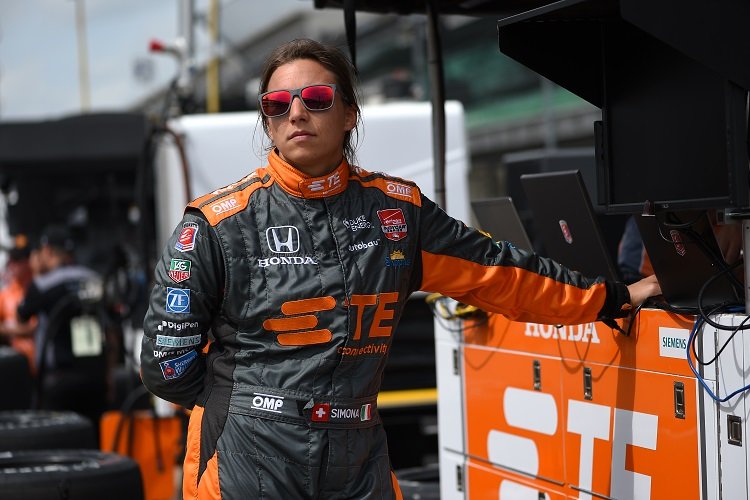 Simona de Silvestro is open to making a one-off return to the Indianapolis 500, despite her three-year commitment to racing in the top level Supercar championship in Australia.

The ‘Swiss Miss’ last raced an IndyCar for Andretti Autosport back at the Brickyard in 2015, her fifth attack on the legendary 500-miler, but she has not ruled out having another outing in 2017, providing her schedule allows her.

De Silvestro admits that she remains passionate about the Verizon IndyCar Series despite turning her back on single seaters to race Supercar’s next season, having spent her time this year racing in Formula E, again for Andretti Autosport.

“If there wasn’t a clash with the 500 it would be something I’d look at,” said de Silvestro to racer.com. “It’s a possibility. Why not?

“I am really passionate about [IndyCar] and it’s a car that really suits me. I think I could have done really well there, so it’s definitely something that still feels unfinished.”

De Silvestro will be hoping that the yet-to-be-announced 2017 Supercar schedule allows her to compete in Indy 500 next year, where, should she return, she’ll be looking to better her best result of fourteenth, achieved in her rookie season in 2010 with HVM Racing.