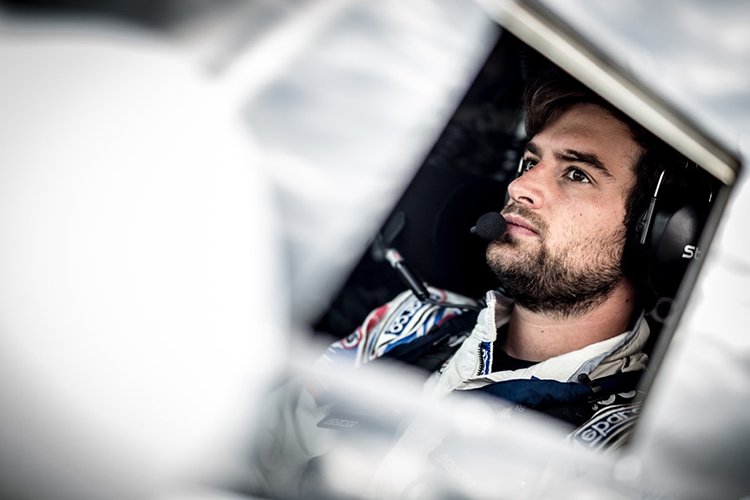 Harry Hunt ends his 2016 Rallye du Maroc campaign after crashing out on the second stage.

Hunt, who was at one point in the rally in third in his first start with the Peugeot 2008DKR, crashed out midway through the stage after he was caught out by a bump which sent the 2008DKR rolling.

The Briton was taken to hospital for medical checks along with his German co-driver Andy Schulz before heading back to London.

Hunt said “We were 136 kilometres into the stage and there was a long, easy right-hander with a bump at the end.

“Andy called the pace note for the bump in 200 metres, so I braked – but I braked during the actual corner. I didn’t actually need to brake there but I thought I would take it easy. Then the car just snapped right and dug in, and we flipped at about 150kph.

“It’s annoying as we were trying to be careful at the time, and we knew we had a good pace without taking too many risks. Unfortunately, that’s sometimes the nature of these events: you only need a split second of miscalculation in 10,000 kilometres for it to go wrong.”

Hunt added about his enjoyment of driving the Peugeot 2008DKR. “This is obviously a bit of a setback as I would have liked to have had the full mileage from this event, but there’s no point dwelling on it.

“In these situations you just have to pick yourself back up, learn what you can, and move on. On the positive side, the car is absolutely amazing and I really enjoyed driving it. Even in the 300 kilometres or so I did, I learned a lot. PH Sport did a brilliant job, and I can’t wait to drive it again now.”

By Justin Nguyen
3 Mins read
As he nears completing treatment for his bladder cancer, two-time Dakar Rally champion Nani Roma is eager to race again. He hopes to run the Rallye du Maroc in October ahead of Dakar 2023.
World Rally-Raid Championship

By Justin Nguyen
2 Mins read
After a June meeting, the FIM’s rally raid rulebook will better align with the FIA and include safety features for future seasons like airbags, better helmets, Dakar eligibility, and an accident database.
World Rally-Raid Championship