Matt Griffin has been confirmed as part of Clearwater Racing‘s driver line up for their upcoming 2017 FIA World Endurance Championship bid.

Griffin has competed in at least one round of the FIA WEC since 2012 and has taken four WEC podiums along the way including a victory.

“Its great news to be making a full on assault on the 2017 FIA World Endurance Championship, it is the pinnacle of GT and sportscar racing so it’s where I want to be. I have a lot of experience in the championship and know all the tracks bar one so I feel we will be able to hit the ground running” said Griffin.

All three drivers currently share the Ferrari in the Asian Le Mans series, sitting fourth in the championship with one round to go. Griffin has driven for the team on seventeen occasions.

“I have been fortunate to race for Clearwater Racing many times in the past and the fact that Weng, Sawa and I are successfully teamed up together in the Asian Le Mans Series, gives us an advantage for sure. 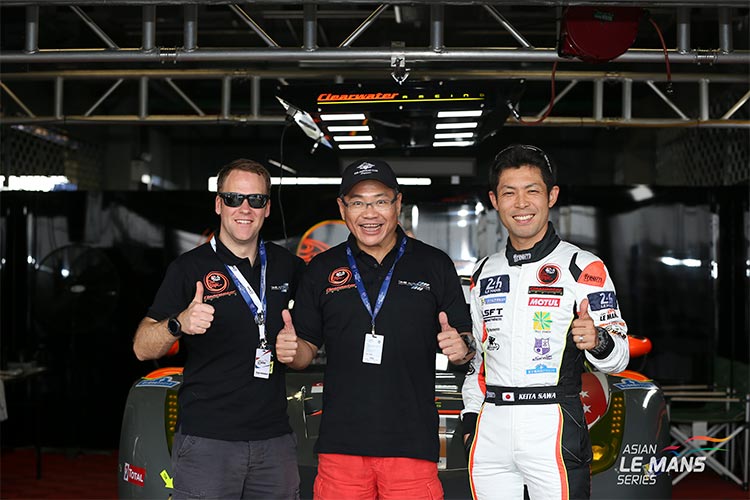 “I am also super confident in the Ferrari 488 GTE car, it proved to be a race winner in the WEC in 2016 and hopefully it will propel us to a championship challenge. It’s also a great achievement from Weng (Mok Weng Sun) and Arj (Arjunan Kulasegaram) to have been able to put this programme together.”

Alongside the regular season is the one race that endurance racers hold the highest, the 24 Hours of Le Mans, and this year will mark Griffin’s sixth consecutive appearance.

“Since I was very young Le Mans has fascinated me, I watched the Iconic cars and never really thought I would race there, yet here we are in 2017 and I am due to make my 6th consecutive start, which is a dream come true.

“The Le Mans 24h is a very tough race, maybe the toughest race there is and it’s true that finishing the race is an achievement in itself. Having felt what it is like to stand on the podium however, that is where I am aiming and I definitely feel we have the team, the driver lineup and the car to get the job done”

Alongside his AsLMS and WEC duties, Griffin continues to be busy elsewhere having announced he will be taking part in the British GT Championship and the European Le Mans Series in 2017, seeing the Cork based driver make 28 race starts in 12 countries.

“I have been very fortunate that I have been able to consistently race over 25 races every year since 2011. Obviously its very demanding physically and mentally especially with the amount of travel involved, what it boils down to though is that I absolutely love racing. There is a famous quote saying if you love your job you never work a day in you life and I think that sums up my life.”

Toyota and Aston Martin Win WEC Race of All Seasons

Lap Record for Alonso as Toyota Lock Out the Front Row

Rinaldi Racing Takes Pro Am Class Win For Ferrari At The 24...