Pastrana on ROC Miami: “We can Expect the Races to be Very Tight” 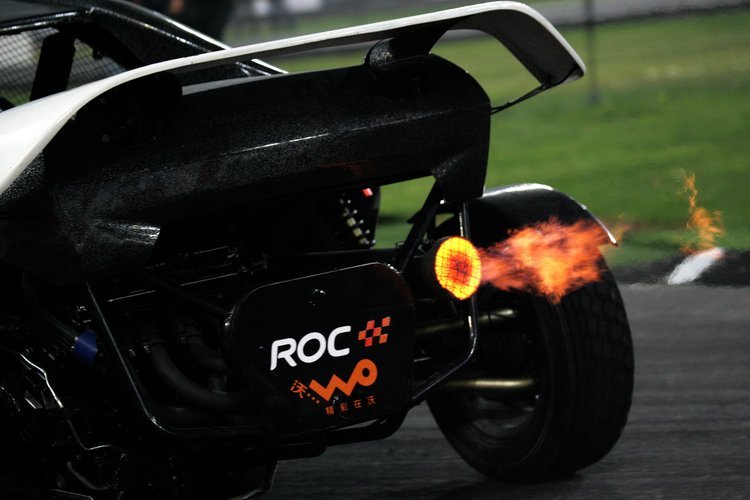 This is ROC Credit: Race of Champions Media

The 2017 Race of Champions will mark the 28th running of the event that has become a staple in the motorsport world. This years edition will be the first to be held in the United States, as it takes place at the Marlins Park Baseball Stadium.

Being held at a baseball stadium, the field will slightly smaller than previous years with the current layout running over 613 metres (0.38mi) and will be only be 7.3 metres wide.

Rather unique to the venue though will be the cross-over point, which has been a man-made bridge in the past. However, with limited track space and a notably shorter second loop, both cars will be expected to cross-over on the same tarmac in the assumption one will be ahead on the first loop.

“I like the two different loops on this new layout: the short loop is faster but you come onto the start-finish straight with much more speed from the longer loop. So at the final corner you think ‘Yeah I’ve got it!’ Then they come flying past you… but on a track like this we can expect the races to be very tight.”

“To have the Race Of Champions in the USA is really awesome for me. To have it in Marlins Park, where it’s warm, the location is perfect. And to be with the top drivers from every other form of motor sport, I’m like a kid in a candy store.”

The 613m track will, for the first time, feature a track crossing along the main straight.

Meanwhile, NASCAR legend Kyle Busch also commented, saying; “It’s going to be fun to be able to race against guys from different backgrounds from all over the world. The track is pretty unusual but it’s a lot of fun.

“The course is a bit tight in some areas but that makes it feel even more interesting. As for the double straight down the middle with the crossover, it’s already confused Travis and I so hopefully the rest of these guys can figure it out better than us!”

ROC President Fredrik Johnsson also talked about the track; “We are always keen to innovate at the Race Of Champions and this new racing format is the latest example. In honour of our visit to American soil for the first time we are launching a new figure-of-eight track with two loops winding their way around the inside of Miami’s Marlins Park.”

Outside of the main events on Saturday (the Race of Champions) and Sunday (the Nations Cup,) the contest will also showcase a wide range of entertainment, including a Group B Rally car, the Audi Quattro S1, driven by WRC champion Hannu Mikkola providing on track action.

ROC Miami will be broadcast on CBS Sports Network in the USA. Live coverage will also be shown on Sky Sports Mix in the UK, SPORT1 in Germany, BeInSport in France and TV24 in Switzerland, while Fox has coverage in Latin America and Australia.