Vandoorne confident he is ready for F1 challenge 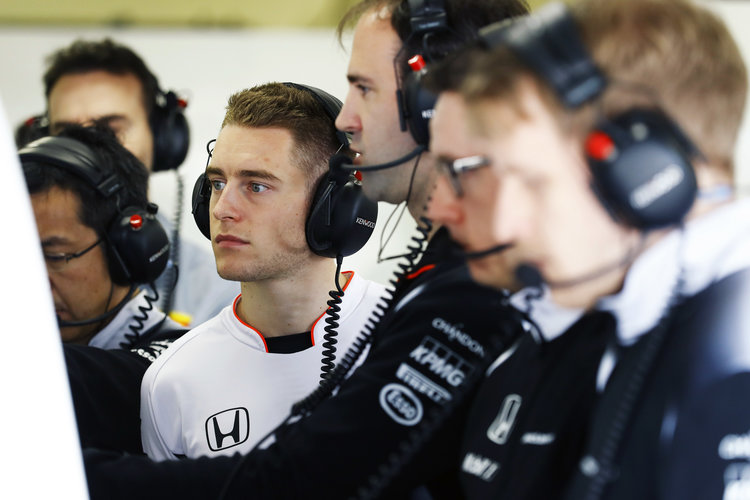 Stoffel Vandoorne believes he has prepared extremely well for his debut season in F1, and is confident of being ready for action, when he steps into a full-time seat at the McLaren Honda Formula 1 Team next season.

The Belgian has long been hailed as a star of the future, having won the Formula Renault 2.0 title in his second season, before joining the McLaren young driver programme and finishing runner-up to fellow Woking protégé Kevin Magnussen in the 2013 Formula Renault 3.5 championship, the following year.

In 2014, he became one of McLaren’s reserve drivers and moved up to GP2 where he finished second to now Renault Sport Formula 1 Team driver Jolyon Palmer in that maiden season, having taken four victories, including the first race of the campaign, as he had done in the previous series also.

Winning the 2015 GP2 Championship in dominant style, having amassed seven wins and sixteen podiums, only added to the growing admiration for this young driver. However, for all his proven ability, he was unable to secure a seat in F1 in 2016, with backers McLaren already having two world championship winning drivers at their helm.

To keep himself fresh and in the loop, Vandoorne became the official Reserve Driver for the Woking based squad in 2016, as well as competing in the Japanese Super Formula Series, where he took two victories and finished fourth overall.

Speaking to F1i.com recently, the Belgian explained how he feels he has set himself up well ahead of his step up to F1.

“I think I was already mature enough for F1 [at the start of 2016] but with no seat available I remained in the best possible environment.

“Super Formula gave me the opportunity to immerse myself in the Japanese culture and I could work closely with Honda.

“With Fernando as a team-mate along with Jenson’s advice, I can’t complain!

“I’ve also been stepping up my fitness training with Jenson’s physio Michael Collier, who has extensive experience in the industry.”

Vandoorne has already experienced F1 first hand of course, having filled in for team-mate Fernando Alonso at the Bahrain Grand Prix, when the Spaniard was forced to sit on the side-lines, after medics ruled him unfit to race, after a horrific crash at the first round of the season in Australia.

The Belgian’s debut could not have gone much better, out qualifying team-mate Jenson Button on Saturday, who he replaces at the Woking based squad in 2017, as well as securing McLaren’s first point of the season by finishing in an impressive tenth place, with some not too shabby overtaking manoeuvres along the way.

There will be tougher times ahead for Vandoorne now he has graduated to the highest echelon of motorsport full-time, with a team that are still in the throes of getting themselves back on track performance wise, but the Belgian clearly has some serious talent, and that should hopefully see him justify the confidence of his many supporters.

Add in a team-mate the calibre of Alonso to learn from and work alongside, and Vandoorne could not have asked for a better teacher and framework to begin his assault on F1.