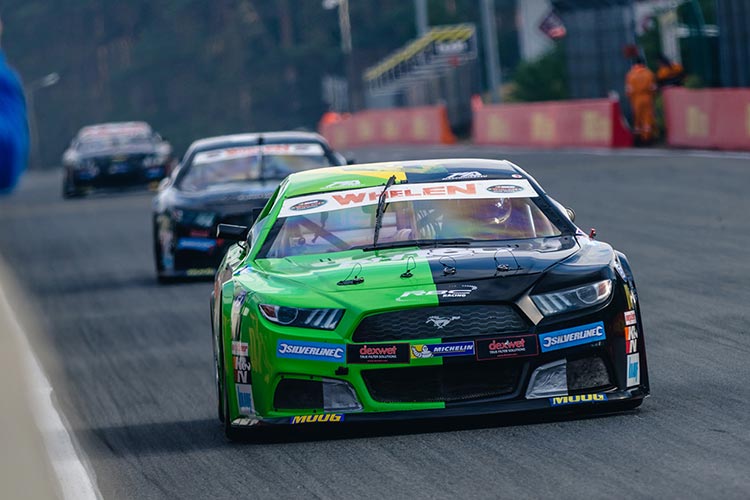 Marconi Abreu is set to return to the NASCAR Whelen Euro Series with RDV Compétition after finishing second in the Challenger Trophy and in the Rookie Cup on his debut season.

The Brazilian will drive the #47 Chevrolet SS in both NWES divisions as he aims for the podium. “In 2016 I had the great opportunity to join the NASCAR Whelen Euro Series and it was an amazing experience. I competed against the best European drivers and I found a great team in RDV Compétition.” he said.

“Franck Violas and his squad are all extremely professional and they really love their job,” he added.

Abreu will step in to the car that took Anthony Kumpen to championship victory as he aims to maximise his time in the NWES series.

“We’ll drive a special car in 2017 and shoot for the podium in both ELITE 1 and ELITE 2. It won’t be easy to do, because it takes a lot of energy. It is a lot of driving, but I am prepared for this. Traveling this much back and forth from Brazil will be another critical point, so I will spend more time in Europe this year.”

Keen to draw on the support for his fellow countrymen around the world, Abreu notes, “I represent my country, I am not alone in the car and I am really happy for this. There are many Brazilians all over the world supporting me and I want to deliver for all of them.

“I want to give them something positive to be happy about, even in difficult times. It is my responsibility towards them. I respect my fans, the sport, and myself, I am grateful for my family, my wife and this opportunity. Let’s go racing,”

The 2017 season has already got underway for Abreu, having completed a day of testing in his new car at Fontenay Le Comte in France.

“We did a great job in Fontenay. We ran a deep analysis of the car and we discovered a couple of things we will need to improve before Valencia. I will be ready to deliver comes 8 April. I want to go on the podium every time and I am at my best, inside and outside the car,” concluded the Brazilian.

2021 Whelen Euro season pushed back a month to May, GP Italy moved from spring to fall