Callan O’Keeffe: You Can’t Really Pick out One Driver this Year” 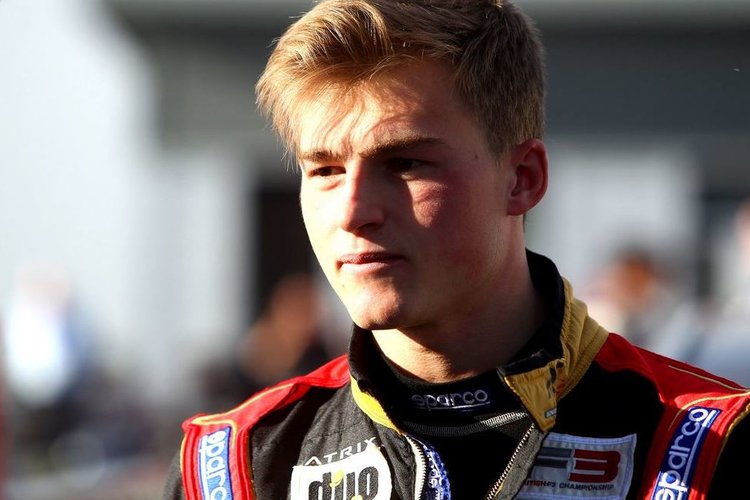 During a hectic Media Day at Snetterton, South African racer Callan O’Keeffe talked to The Checkered Flag ahead of his first full season in the BRDC British F3 Championship.

The 20-year-old will start the year at the team that collected five victories over the course of last season. Both drivers were in contention for the title during 2016 and O’Keeffe hopes this performance will carry over into the year. He spoke about getting back into racing, the challenge ahead and how he’ll approach British F3 when team-mate Petru Florescu is away.

“Anyone who was following the story last year will know how hard the season was for me. When you go from racing every year to someone taking it away from you it becomes very, very hard.” O’Keeffe started.

“I’m ecstatic to be back and as you can see I’ve got a good environment here at Douglas Motorsport and a great teammate in Petru. Hopefully we’re gearing up for a good season. You can’t talk too soon, but things are looking positive. I’m really looking forward to getting back into racing.”

Team mate Florescu will not compete in the whole season, instead flitting between the UK and EuroFormula Open. Despite this, the South African is not too concerned with having to work alone when his rivals fill out three-car teams.

“I’ve not focused too much on Petru as he’s been focused on his EuroFormula commitments. We’re getting along well. I feel at home already, one of the Douglas Motorsport family, so it’s just a different response on my side. Using the fact I don’t have a teammate as a positive and not as a negative.

“I do understand you need a team to help you forward, but everyone’s different, including with their driving style. So if he’s two tenths up somewhere, I’ll find that time elsewhere using my own style and I think that’s the best way to work.” 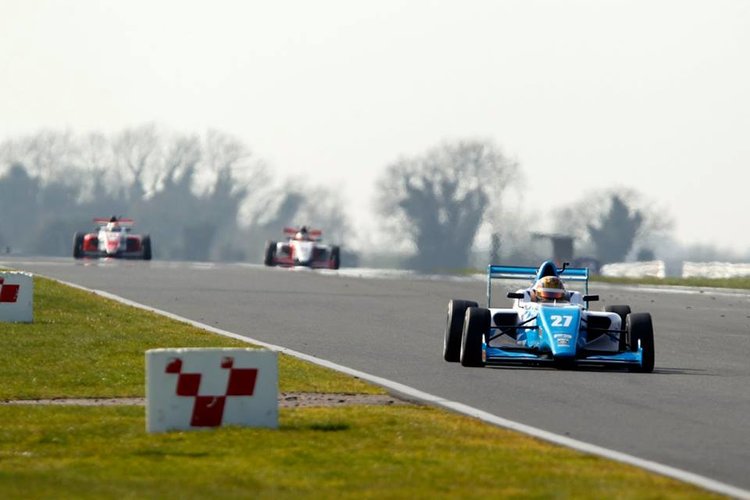 O’Keeffe is no stranger to the car having finished third in last years BRDC British F3 Autumn Trophy, though is looking forward to his first full season in car racing since 2015. (Credit: Jakob Ebrey Photography)

Saying that, O’Keeffe hinted on the fact he wouldn’t be alone for the whole season.

“There’s a chance we’re going to get some drivers in. There’s a lot of interest as it’s a good team so that helps a lot. We’ve got Tom [Randle] and Enaam [Ahmed]‘s data from last year and both of them were very quick.

“I’ve got something to look back to, but I’m a driver who tends to work better on his own and by feeling, which helps anyway. So apart from missing my teammate when he’s away, that’ll be the biggest problem.”

While 2016 was a quiet year for O’Keeffe, he still finishing third in last years British F3 Autumn Trophy. Prior to that, he’d spent two years in Formula Renault, picking up seventh in the standings on both occasions. With a full winter of testing behind him, he’ll likely be a championship contender.

A result though is not assured, especially with a number of big names returning or stepping up to the championship. O’Keeffe himself was adamant that nothing was decided going into the season.

“You can’t really pick out one driver this year. I was at Spa last week and the one thing that was immediately obvious was the fact eight of us could win races this year. I don’t tend to be someone who focuses on other people, I do my own job. Get the car to drive as fast as it’ll go an hopefully it’ll be enough to win.

“We should be in for a really exciting year of racing, there’s no real form guide. There’s a lot of rookies, experienced drivers and those who will surprise people come seasons end, if you look at the rate of progression.

“To answer that question, I think it’s difficult, just watch all twenty of us.” 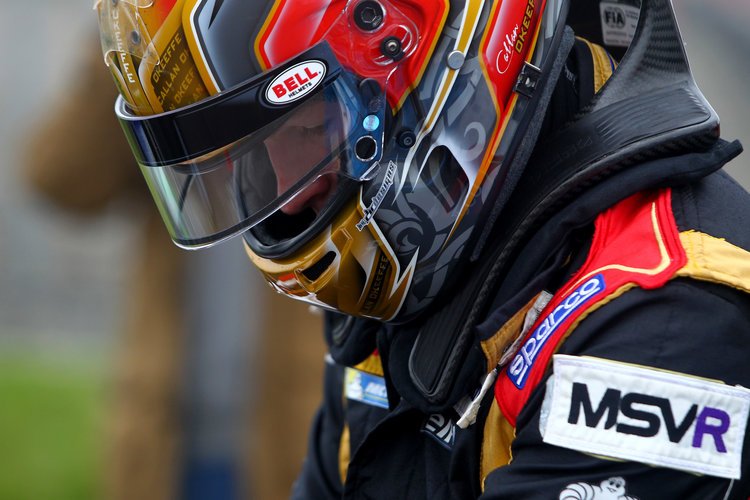 The South African had previously been a member of the Red Bull and Lotus Junior Programmes, but now looks to take a step forward with his career. (Credit: Jakob Ebrey Photography)

Aiming for the championship will be on his mind for the whole season, but as he looks to reignite his career, questions on the future are sure to arise. Formula One remains the aim and with a desire to remain in single-seater racing, Callan admitted it would be hard to abandon his roots.

“I wouldn’t say it’s my main priority,” he said about reaching F1. “I’ve been in love with single-seaters since I was 4 years old. I want to be a World Champion in something. I’d love for it to be in Formula One, but I’d also love for it to be IndyCar or WEC. I just want to be champion at the top of something when it comes to motorsport.

“If someone wants to give me a test in a GT, I’m always open to it. With the cost of single-seaters the way it is, it makes a lot of sense. Hopefully with the new additions of the FIA, the way it’s going, the slump is going and it’ll start to pick up again.”

O’Keeffe rounded out the day towards the back of the timing screens after technical issues halted his running. His only consistent running had come in the morning session when he was bedding in brake pads, but will attempt to hit back hard when the season starts at Oulton Park.

“We’re just focusing on the car ensuring that we do what we can for ourselves.”