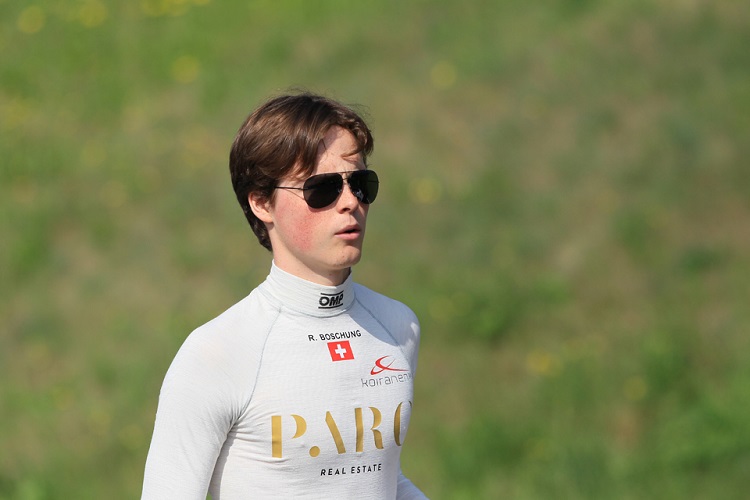 Swiss teenager Ralph Boschung will step up into the FIA Formula 2 Championship in 2017 after becoming Campos Racing’s first signing.

The nineteen-year-old has yet to drive the Formula 2 Dallara, but moves up from two seasons in the GP3 Series with Jenzer Motorsport and Koiranen GP, with a solitary race victory coming with the latter at the Red Bull Ring.

Boschung will have his first test with the team at the Circuit de Barcelona-Catalunya next week, with the season getting underway at the Bahrain International Circuit in April.

“I have been in contact with Campos for quite a while now and I’m incredibly thankful to the team because there’s a lot of competition for a seat in F2,” said Boschung. “It’s an amazing opportunity for me and I’m really grateful that they took the decision to bring me on board.

“I’ve moved to Spain now and have already started to meet all of the team and worked on their simulator. I’ve been training hard over the winter to be ready, so I believe I’m at the right level of fitness.

“The competition is going to be strong, I have raced against many of these drivers before in GP3 and have a huge amount of respect for them.

“I would like to extend my warmest thanks to Malbuner, the leading meat business in Switzerland, with its newest snack innovation, the Pocket Sandwich, who helped me get this fantastic opportunity, as well as the Valais-based building company CP3 and Patrick Polli, Platinum Fighter Sales, Avanthay and B63. I am also extremely grateful to the ‘Club 50’ members for their valuable support.”

Joining Boschung in testing next week will be former Manor Marussia Racing driver Roberto Merhi, with the Spaniard looking at the championship in a bid to rekindle his chances of returning to Formula 1.

By Paul Hensby
1 Mins read
Yuki Tsunoda is a ‘shoo-in’ to race in Formula 1 in 2021, according to his current team boss Trevor Carlin.
Formula 2

By Josh Disborough
4 Mins read
Mick Schumacher and Guanyu Zhou took home a win a piece in the Sochi round of the FIA Formula 2 Championship.