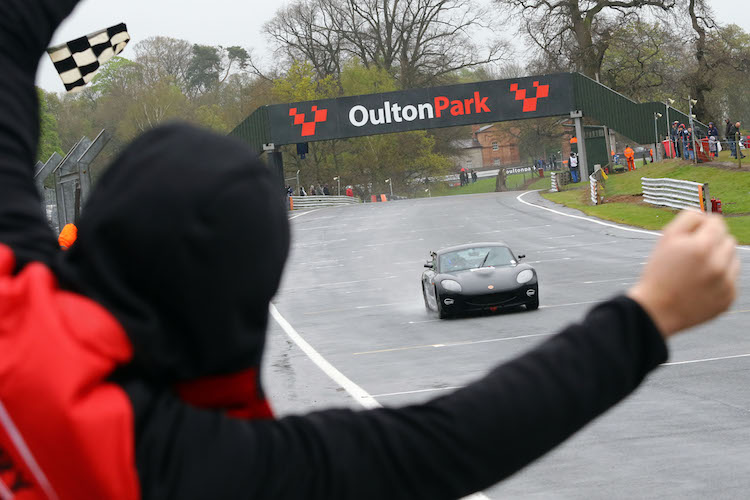 Max Bird took advantage of pole-sitter Oliver Wilkinson getting a poor start to claim victory in the first Ginetta GT5 Challenge race of 2017 at Oulton Park.

Starting on second, Century Motorsport’s Bird made a good start in the wet conditions to lead into Old Hall while Wilkinson – on the inside of the front-row – got bogged down at the start and fell to ninth by the end of the first lap.

Taking advantage of the slow start for the cars in front was Nick Zapolski. Starting fifth, the Xentek driver made up two places on the first lap to find himself sitting behind Bird and race leader Ryan Hadfield.

That would be the high point of Hadfield’s race however, as he slipped to fifth by the third lap unable to put up much of a defensive battle in relatively slippery conditions.

Going the opposite direction was Shane Stoney, starting tenth, he found himself fourth on lap three and closing in on the back of Lewis Brown’s Ginetta G40 who moved up to third.

Stoney would get past a couple of laps later, as Brown started slipping down the order as the rain got heavier. Hadfield would take advantage of that to climb back to a fourth place he would finish with after Alex Toth-Jones squeezed his way through at Hislops on the penultimate lap.

None of that would affect Bird though, as he crossed the line with almost five seconds in hand over Zapolski who was too busy defending from Shane Stoney to think about attacking for the lead.

Pole-sitter Wilkinson would recover to fifth, overtaking Toth-Jones on the final lap.

Will Aspin Column: Ready to go racing and aiming for the title

By Will Aspin
2 Mins read
Will Aspin gives TCF the lowdown on his last meeting and the run down to the championship title, which he is still in the running for.
FeaturesGinetta GT5 ChallengeWill Aspin Column

Will Aspin Column: I feel very at home with Elite Motorsport

By Will Aspin
3 Mins read
After a promising start to the season, Will Aspin gives an insight in to how his season is progressing.
FeaturesGinetta GT5 ChallengeWill Aspin Column

Will Aspin Column: What a start to the year!