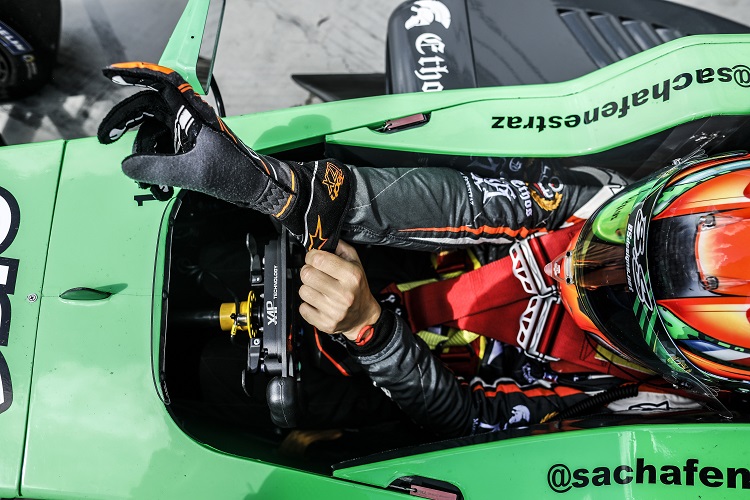 Whereas the opening qualifying session at the Hungaroring was held in mixed conditions earlier in the day, the second session that determined the grid order for races two and three was held in more settled dry conditions, and Sacha Fenestraz and Gabriel Aubry shared out the pole positions.

However, both sessions were heavily affected by the officials, with numerous lap times being deleted due to track limit offences, something that has become notorious at the Hungaroring in junior categories.

Fenestraz has been quick all weekend long in Hungary, and the Josef Kaufmann Racing driver secured pole position for race two with the fastest lap of the split-session, a 1:41.012s, which was more than four-tenths of a second faster than Aubry’s best time in the second session.

Will Palmer will start race two from third on the grid, a much more representative position for the R-ace GP driver after struggling in the first session and qualifying twenty-second!

Aubry got his revenge as his second best time of the session was enough to see him take pole position for race three, the Tech 1 Racing driver 0.065 seconds clear of Fenestraz, while Shwartzman and Ye will share row two ahead of Defourny and Palmer.

JD Motorsport’s Aleksandr Vartanyan will start race three from seventh on the grid ahead of AVF by Adrian Vallés’ Thomas Randle, while the top ten is completed by MP Motorsport’s Jarno Opmeer and Tech 1 Racing’s Fewtrell.

Thomas Maxwell will start both races from the rear of the field after crashing his Tech 1 Racing machine early in the session, while Luis Leeds failed to get a representative lap time in, with the Australian losing a number of laps due to track limits while also suffering thanks to Maxwell’s red flag-inducing crash.