Nicholas Latifi: “With one more lap I could have been first” 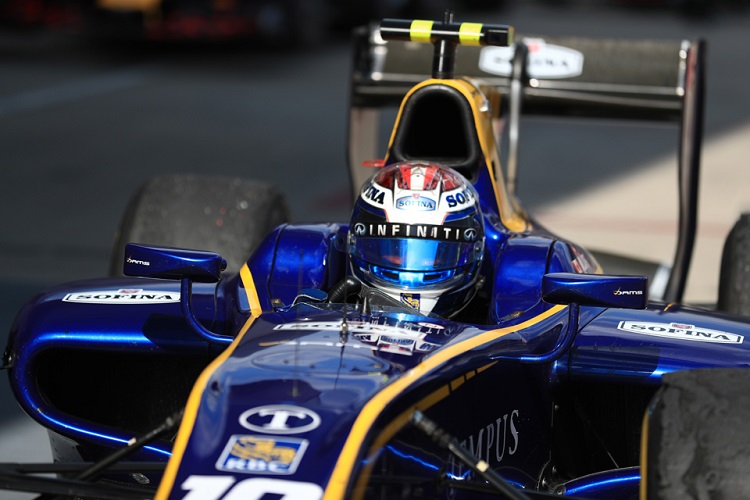 Nicholas Latifi raced to his best result of the season so far at the Red Bull Ring with a second place finish in the Feature race, with the Canadian feeling that had the race been one lap longer, he could have taken the win.

The DAMS driver was much faster in the closing stages of the race, and was closing down Charles Leclerc extremely quickly, ending just 1.345 seconds down after a number of great moves after excellent tyre management ensured his tyres were in great shape at the end.

“We got the weekend off to a great start, it was my best practice session of the year so far,” said Latifi. “I didn’t quite have the same confidence in the car during qualifying, but we were still in a good position for the race.

“I got a really good start in the Feature Race and was first of the drivers on my strategy. My tyres came alive towards the end and with one more lap I could have been first.”

Latifi did not have the same kind of pace during Sunday’s Sprint race, and found himself unable to pass Jordan King, finishing seventh on the road, but the Renault Sport junior driver was penalised five seconds for speeding in the pit lane.

The field went through the pits whilst Raffaele Marciello’s stricken car was removed from the track on the start and finish straight following contact with Ralph Boschung on lap one, and the penalty relegated Latifi to eighth in the final standings.

“In the Sprint Race I got stuck behind Jordan [King] and the penalty only lost me a point,” said Latifi. “Overall, it was a positive weekend for us.”

By Paul Hensby
1 Mins read
Yuki Tsunoda is a ‘shoo-in’ to race in Formula 1 in 2021, according to his current team boss Trevor Carlin.
Formula 2

By Josh Disborough
4 Mins read
Mick Schumacher and Guanyu Zhou took home a win a piece in the Sochi round of the FIA Formula 2 Championship.