Josef Newgarden: “We need to come back tomorrow and complete the job” 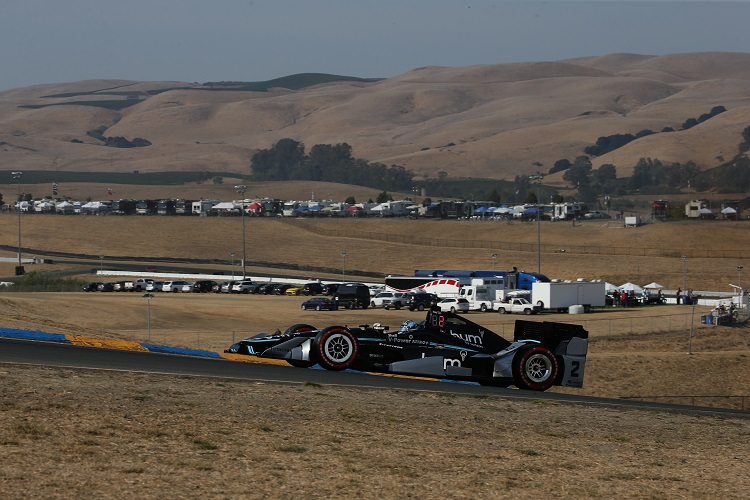 Josef Newgarden secured his first Team Penske pole position and the crucial point that accompanied it at Sonoma Raceway, but the young American knows Sunday’s race is what really matters.

Newgarden secured only his second pole position of his Verizon IndyCar Series career, and now sits four points ahead of Scott Dixon in the championship heading into the double points finale, although Helio Castroneves, Simon Pagenaud and Will Power also remain in contention.

All five championship contenders will start the race from inside the top six on Sunday, and Newgarden admitted he was not expecting to be at the front of the field in qualifying despite showing strong pace throughout the three practice sessions across Friday and into Saturday.

“I can’t say that I necessarily expected it, but it’s really great to get the No. 2 Hum by Verizon Chevy team a Verizon P1 Award,” said Newgarden after qualifying on Saturday. “We’ve had a few chances at it this year, but for various reasons came up a little short.

“Honestly, I wasn’t sure we’d get this one, but we knew the car was fast and it was good to get it done. The track was really gripped up from the earlier race. It was a little slick at first, but after the first lap it was gripped up nicely.

“That was just part of the job. We need to come back tomorrow and complete the job.”

James Hinchcliffe To Return to IndyCar Full Time in 2021

By Justin Nguyen
5 Mins read
NBC plans to end NBCSN before the end of 2021. Motorsports like NASCAR, IndyCar, IMSA, and MotoGP, which have races on the network, will have to look for alternatives in the NBC family like USA Network.