Lewis Hamilton: “I could not get any more out of the car” 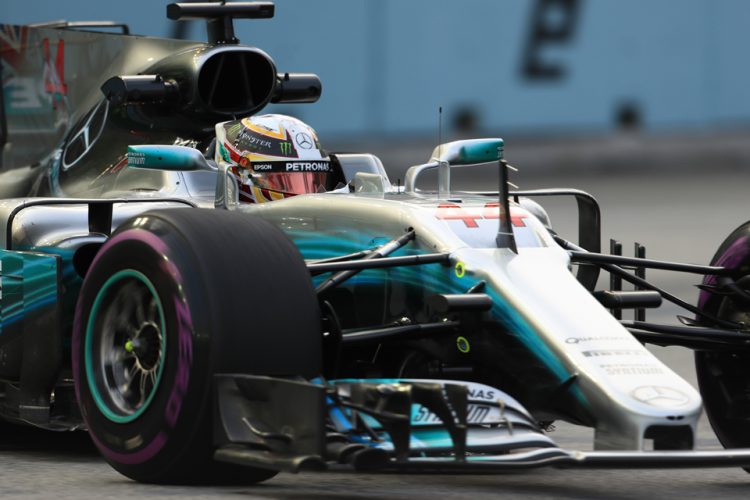 Lewis Hamilton will start in fifth for the Singapore Grand Prix following a challenging qualifying session for both Mercedes AMG Petronas Formula One Team cars.

Heading to Singapore, Mercedes and Hamilton played down the team’s chances on a circuit that suits the likes of Scuderia Ferrari and Red Bull Racing. Indeed, Hamilton’s qualifying time of 1:40.126s was over six-tenths of a second slower than pole-sitter Sebastian Vettel.

“Every year it has been relatively difficult for us in Singapore, so we knew that we would come here and it would be tricky,” said Hamilton. “I thought Red Bull would be as quick as they were, but I didn’t anticipate Ferrari to be that strong.”

Throughout Friday and Saturday morning’s practice sessions, Hamilton looked to be fighting his Mercedes around the Marina Bay Street Circuit but his qualifying performance, while disappointing for the championship leader, was good enough to beat his team-mate, Valtteri Bottas, by 0.684 seconds.

“I gave it everything today but I could not get any more out of the car, I squeezed it until it was dry,” added Hamilton.

Hamilton will now look to limit the damage to his championship challenge as his main rival, Vettel, starts on pole-position at a circuit on which it has been proven difficult to overtake.

“There are no points for today, so we will focus on doing the best job we can tomorrow and remain hopeful. But this is a horrible track for overtaking; it will be a long race. I will have to try and see if I can get a good start to pick off at least one car. Sebastian has Verstappen next to him, so anything can happen at the start.”