Pigot to Race Full-Time with Ed Carpenter Racing in 2018 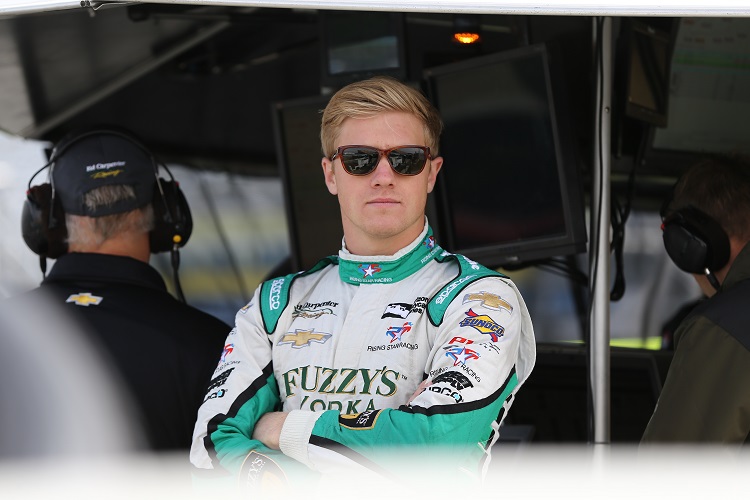 Spencer Pigot will step up to a full-time drive in the Verizon IndyCar Series with Ed Carpenter Racing in 2018 after being moved to the team’s #21 machine.

The twenty-three-year-old has been a part-time player in the past two seasons, and since the Dual in Detroit back in 2016 has been Ed Carpenter Racing’s road and street course driver in the #20 machine, and he has three top-ten finishes this season.

He only has experience of oval racing on two occasions when he competed in the Indianapolis 500 with Rahal Letterman Lanigan Racing in 2016 and Juncos Racing in 2017, but he will now compete in a full campaign next season.

“To say I am excited about 2018 would be an understatement,” said Pigot. “I have really enjoyed my time so far with Ed Carpenter Racing and this is the next step in what I hope is a long, successful partnership with the team in the Verizon IndyCar Series.

“I am very thankful to Ed Carpenter, Tony George, Stuart Reed and everyone at ECR for their confidence in me to deliver the results the team deserves. It is a privilege to represent Fuzzy’s Vodka, Preferred Freezer Services, Direct Supply and all of the other partners of ECR in 2018.

“I will still have a lot to learn as 2018 will be my first full season in Indy car, but I know I have the team and team-mate with Ed to help me as I get used to regularly racing on ovals again.”

Team owner Ed Carpenter, who will remain as the oval driver in the #20 machine in 2018, was naturally delighted to retain the services of such a promising young American driver, who has had some strong results denied to him by circumstances out of his control this season.

“It is very exciting to be announcing that Spencer will be competing in a full-time role for ECR in 2018. Spencer made significant strides from his rookie season into his sophomore year and we see much more potential in his ability,” said Carpenter.

“Spencer has worked very hard to improve in all areas of his driving and we feel the time has come to give him a chance to compete for the championship. I look forward to his continued development and reaching the top step of the podium in 2018.”

Pigot’s move to the #21 casts doubts on the future of JR Hildebrand, who has raced in the #21 this season and has twice finished on the podium at Phoenix International Raceway and Iowa Speedway.