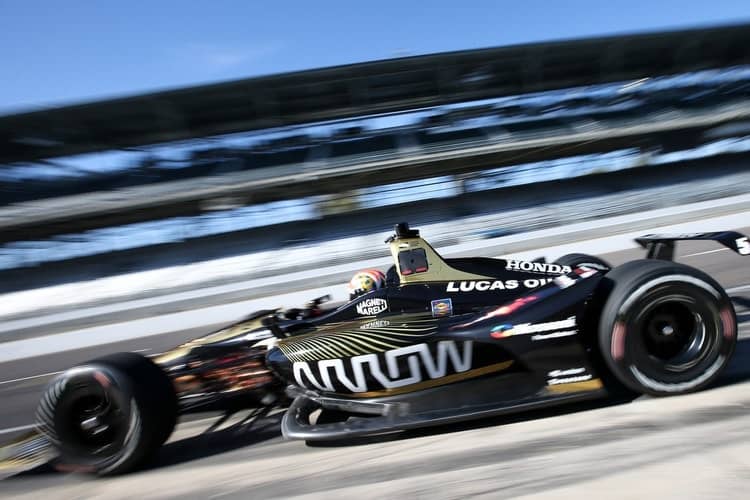 Schmidt Peterson Motorsports and French team Calmels Sport for next year’s Verizon IndyCar Series Indianapolis 500 is no longer happening according to a statement released on Thursday.

Back in September, Calmels Sport, a French outfit ran out of Paris by former Larrousse Formula One team principal Didier Calmels, announced a partnership between themselves and IndyCar team Schmidt Peterson Motorsports that would see them field an extra car in the 2018 Indianapolis 500 in May.

French driver and former Champ Car driver Tristan Gommendy was scheduled to drive the Honda in May and was excited to be making his oval racing debut at Indianapolis Motor Speedway:

“Competing in the Indianapolis 500 is a dream come true; it was a career goal when I was racing in Champ Car,” Gommendy said back when the deal was announced back in September. “Even though I grew up driving open-wheel cars, everything is completely new when you get to Indy. The Speedway and this race demand a lot of respect. Racing at 230 mph with four 90° turns is far from the European motorsport culture. I know I’ll have to work very hard to get ready for next May.”

However, almost as soon as the deal was announced, rumours began to circulate that the deal could be ended prematurely. These fears were confirmed last week when Schmidt Peterson Motorsports released a short statement that announced the end of the deal before a wheel had been turned:

“Schmidt Peterson Motorsports and Calmels Sport have mutually agreed to end their partnership of a 2018 Indianapolis 500 program,” the statement read, “SPM will continue to focus on raising the level of performance of its involvement in the Verizon IndyCar Series. Both parties wish one another well in the future.”

This news means that as of now, there will not be an extra Schmidt Peterson car on the grid at Indianapolis. There is always the potential that another partner could get involved, but the deal would have to be made soon if everything is to be ready for the race at the end of May.

It is not known exactly as to why the deal between Schmidt Peterson and Calmels Sport has ended, but both Calmels and Gommendy will be hoping that they can find another arrangement if they want to compete in the famous five-hundred miles at the Brickyard.