Treluyer Returns for a New Season of the Andros Trophy

Following a successful first experience last year with W Racing Team, Franch Endurance driver Benoît Tréluyer heads to the Andros Trophy this winter with strong ambitions as he returns for a second season of the discipline.

2012 FIA World Endurance Champion and triple Le Mans 24 Hours winner Tréluyer spearheads the challenge from headline TCR Series outfit Comtoyou Racing, whom themselves are making their debut in the Trophy. The Belgian outfit, who runs Audi’s in Sportscar and Touring Car racing, have entered several Audi S1 ​​Quattro’s for their first assault. 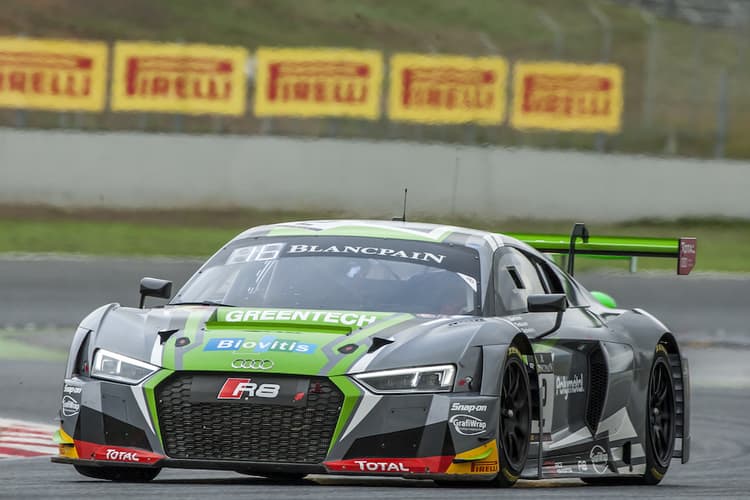 After a difficult season on Blancpain GT action, Benoît Tréluyer turns his attention to the Andros Trophy. Credit: www.BenoîtTréluyer.com

Tréluyer, who will share his Audi with Lionel Daziano, is planning to use his 2016/17 experience to challenge ice specialists such as Jean-Baptiste Dubourg, Franck Lagorce and Benjamin Rivière.

“Last year, I had to learn a lot of parameters, four-wheel steering, entering corners in reverse and so on,” explained Tréluyer. “I was quite far off the pace in qualifying during the first round, but by the second weekend in Andorra I was fighting for the super pole.”

“After this I missed one race and it cut my rhythm. In fact, as usual with motorsport, you are always a good student at the beginning and learn quickly. After that, you try harder and enter a difficult period.”

With a lot of his experience already developed from Sportscar racing, where he has spent driving for both Pescarolo Sport and Audi Sport Joest, Tréluyer has had to relearn the craft of driving these four wheel drive machines in the challenging snow covered environments of the Andros Trophy Calendar.

The French driver explained further of he has had to adapt to the challenge.

“In order to be quick you need to find good traction so it is important to exit well from corners.” said the Comtoyou Audi driver. “So you need to be positioned properly on the entry. This means evaluating the quantity of snow and ice.”

“More important is entering the corners backwards, if you accelerate facing the wrong way, you brake! This is achieved by playing with the clutch using your left foot.”

Tréluyer has enjoyed a successful start to his new season of Andros Trophy action where the first weekend of action at the Val Thorens circuit took place last weekend. The French driver current lies in third place overall in the standings before the series moves on to Alpe d’Huez for the second round on 8 December.

By Justin Nguyen
1 Mins read
Team Australia, represented by Toby Price and Paul Weel, will run this week’s Vegas to Reno, the Baja 400, and Baja 1000 in a black-and-blue Trophy Truck sponsored by Quad Lock.
Off Road

2023 Best In The Desert schedule released

By Justin Nguyen
2 Mins read
Seven rounds make up the 2023 Best In The Desert schedule, including a new UTV race in May while the Parkers 250 and 425 are consolidated into a joint weekend.