Aitken steps up to F2 with ART Grand Prix 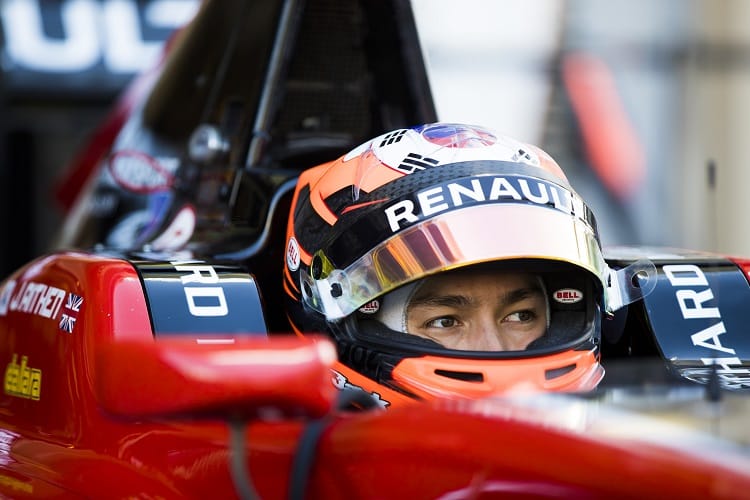 Renault junior Jack Aitken will continue with ART Grand Prix as he moves to Formula 2 for the 2018 championship.

In a challenging GP3 season, Aitken took a single victory and six podiums last year to take second in the championship behind team-mate George Russel.

Continuing with ART for a second season, he expects this season to go more smoothly.

“Last year was a bit difficult,” he told The Checkered Flag.

“We finished second in GP3 but really we were aiming to win the championship.

“I just had a couple of difficulties adjusting to a few things, but I learned a lot and the team learned a lot.

“I’m with ART again for F2 so it should be better this year. They’ve won the championship before and I think I’m going to be in a strong position to challenge for wins and really be at the front.”

Aitken is ART’s first F2 driver to be confirmed for the season, which begins in April.

“Jack’s promotion to Formula 2 is the logical continuation of our partnership and our collaboration with Renault,” said team president Sebastien Philippe.

“Jack was a GP3 contender last year and has the maturity and speed to reach the top categories.

“He knows the circuits and the working methods of ART Grand Prix and his tests in Abu Dhabi have confirmed that he has all the assets needed to reach great heights in 2018.

“ART Grand Prix’s objective in 2018 is to win the title and Jack will be one of the highlights of our strategy.”

Aitken is one of eight drivers to be confirmed of the 2018 F2 championship so far, which includes his GP3 rival Nirei Fukuzumi.

By Paul Hensby
2 Mins read
Guenther Steiner expects Nikita Mazepin to do enough this weekend in Bahrain to ensure he earns a Superlicence to race in Formula 1 in 2021.
Formula 2

Boschung to return to F2 with Campos in 2021

By Joe Ellis
1 Mins read
A second driver announcement of the day and it’s a return to the series for Ralph Boschung.
Formula 2Formula 3

By Joe Ellis
1 Mins read
As expected, Oscar Piastri stays with PREMA as he makes the step up to Formula 2.