SRO Motorsports Group has teamed up with Kunos Simulazioni and 505 Games, the team behind the highly popular Asseto Corsa video game to produce the first official game of the Blancpain GT Series – Assetto Corsa Competizione.

Featuring both sprint and endurance formats, the game will take players on a journey through the full 2018 season, with the opportunity to get behind the wheel of the GT3 machinery in the series.

Every car and circuit featuring in the game has been laser scanned to ensure digital reproduction is perfect. 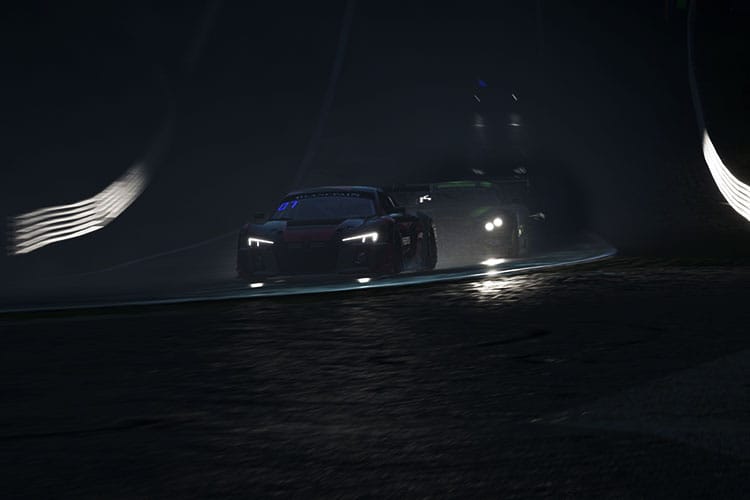 There will also be a dynamic weather system which teamed with the iconic Total 24 Hours of Spa will provide an authentic experience of the notoriously unpredictable weather system.

Offline modes include Career, Championship and Free Play modes while an online ranking system will allow drivers to compete with those at a similar level in-game.

Assetto Corsa Competizione will arrive on Steam Early Access during summer 2018, allowing players signed up to get an early taste of content.

No plans have been revealed yet for a console version.

Stephane Ratel, Founder and CEO of SRO Motorsports Group commented “We are thrilled to announce the release of the first official game for the Blancpain GT Series.

“Sim racing has become an important market in recent years and one that we are very keen to be involved with.

“Assetto Corsa Competizione will allow Blancpain GT Series fans the chance to compete as their heroes at their favourite track with extremely high standards of simulation.

“What’s more, it will bring the series into contact with a brand-new set of followers from the world of gaming, which has already demonstrated close synergy with motorsport.

“This is a very exciting project and I can’t wait to test drive the finished product.”

“This announcement represents a dream come true for us,” added Marco Massarutto, Co-founder and Brand & Product Manager of Kunos Simulazioni.

“The Blancpain GT Series license is just the tip of the iceberg.

“By combining the potential of Unreal Engine 4 and the feedback received from our community, we are producing a completely new simulation aimed to redefine the racing game genre, improving the features that made Assetto Corsa so popular, and introducing those demanded by players for a high-level racing simulation game – with no compromise, and remaining loyal to our philosophy.”

Extensive coverage for the SRO E-Sport GT series announced ahead of Round...

SRO E-Sport GT Series announces a star studded line up for the...

A Battle Between Wehrlein and Me Would be Cool – Lucas Auer