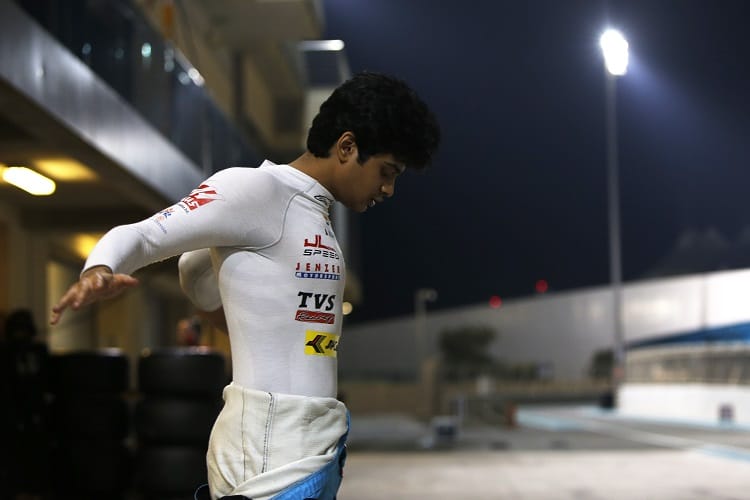 Arjun Maini will make the step up into the FIA Formula 2 Championship in 2018 with Trident Motorsport, and will be partnered by fellow Haas F1 Team junior Santino Ferrucci.

Maini has competed in the GP3 Series since mid-way through the 2016 season, and secured a solitary race win at the Circuit de Barcelona-Catalunya while with Jenzer Motorsport last season, with the Indian getting his first taste of Formula 2 machinery at the end of year test in Abu Dhabi.

“I’m very excited to be competing in the FIA Formula 2 championship with Team Trident,” said Maini. “I felt we were quite competitive during the post-season test and given that the series is using all new cars for the coming year, I’m quite excited for the year ahead.

“Trident is a very strong team and I’m sure that if we work hard we’ll be in for some strong results during the course of the coming season.”

Ferrucci will remain with Trident after making a switch from GP3 Series outfit DAMS mid-season in 2017, and scored a trio of top ten finishes in his first four races, scoring four points along the way.

“I am very proud to be back at Trident for my first full season of FIA F2,” said Ferrucci. “I think I fit extremely well in the team and we have strong potential this season to fight for a championship.

“I cannot wait to get back behind the wheel for our first preseason test!”

Team manager Giacomo Ricci is pleased with his 2018 line-up, and believes both Maini and Ferrucci are two talented drivers who will get the best out of the new-for-2018 Dallara F2 2018 chassis.

“I’m extremely satisfied and motivated by our 2018 line-up which is a highly competitive and challenging one,” said Ricci. “We will be able to rely on two undoubtedly talented drivers in order to build a prestigious future together.

“Santino Ferrucci merged with our team in perfect fashion last season and really impressed our engineers for his speed, driving skills and commitment. We hope to see him bring home solid results over the course of the season.

“On the other hand, we have been following Arjun Maini for a while. He showed great driving skills and race conduct which are going to be some really important aspects in a demanding series like Formula 2.

“We have plenty of work ahead including the rollout of the new cars so I can’t wait for the season to start!”

By Joe Ellis
1 Mins read
With both series running on alternate weekends, Formula 2 and Formula 3 will keep us entertained for even more weekends across 2021 with both series’ schedule’s announced today.
Formula 1Formula 2

By Paul Hensby
2 Mins read
Mick Schumacher, Callum Ilott and Robert Shwartzman will find out soon from Ferrari about which one of them will move into Formula 1 in 2021.
Formula 2Formula 3

By Joe Ellis
1 Mins read
We’ve now seen the last of F2 and F3 on the same package as 2021 will see the two series’ alternate on F1 weekends as a way to cut down on costs. Each weekend will also consist of three races rather than two.