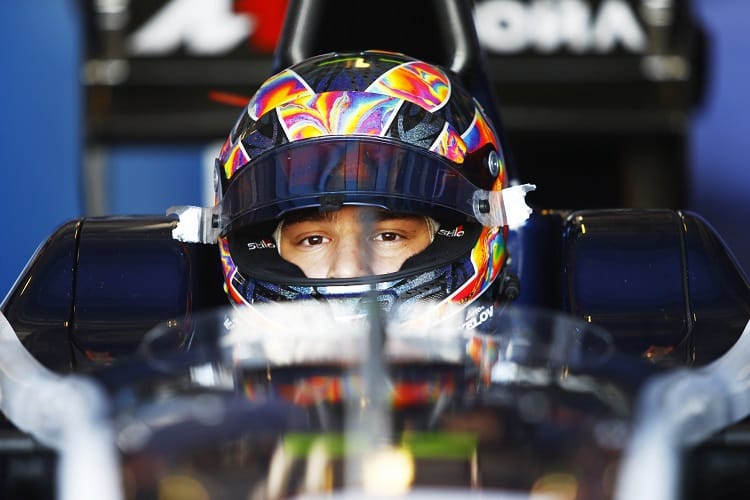 Following the announcement that Russian Time will indeed return to defend their Teams’ title in 2018, the outfit has announced Artem Markelov will continue with them for a fifth consecutive season, while Honda protégé Tadasuke Makino has been confirmed as his team-mate.

Markelov finished runner-up to Charles Leclerc in the inaugural season of FIA Formula 2 in 2017, with the Russian taking five victories along the way, with three of those coming in the Feature races in Bahrain, Belgium and Abu Dhabi, and he is looking to go one better this year.

“We had a strong season in 2017 when I won five times and finished second to Charles Leclerc in the championship, so it would be nice to go one better!” said Markelov.

Makino steps up from the FIA European Formula 3 Championship, where he raced for Hitech Grand Prix, and it was certainly a season of two halves for the Japanese racer with only two top ten finishes in the first fifteen races before six top tens in the final twelve races, including a maiden podium finish in Austria.

“I started karting at five and always had a dream to race in motor sport’s top category,” said Makino. “I am now another step closer to that.

“I’m really looking forward to racing with last year’s champion team, Russian Time. Thank-you to all the fans and everyone who has supported me. I’m hoping to meet everyone’s expectations!”

By Ashley Hambly
2 Mins read
Less than a week after round four of the 2022 F2 championship, the grid is back for round five on the streets of Monaco. Théo Pourchaire tells all about how it feels to race on those narrow streets.
Formula 2

Close to Perfect Weekend for Drugovich after Feature Race Triumph

By Ashley Hambly
2 Mins read
Felipe Drugovich has completed a double winning race weekend after winning Sunday’s Feature Race at the Circuit de Barcelona-Catalunya and extending his lead at the top of the F2 championship.
Formula 2

Drugovich Holds off Iwasa for Sprint Race Win in Barcelona

By Ashley Hambly
2 Mins read
Felipe Drugovich won Saturday’s Sprint Race after taking the lead at turn one and not looking back on the way to his second victory of the 2022 F2 championship.