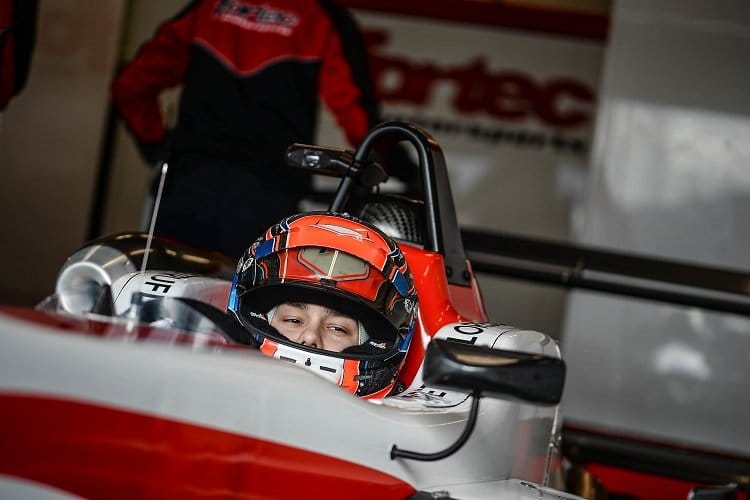 Petru Florescu came out on top of a thrilling Qualifying session for race two of the EuroFormula Open weekend at the Circuito de Estoril, with just 0.021 seconds separating the top three.

The Romanian, the opening races only retirement on Saturday in Portugal, took pole position for race two with a lap of 1:45.210s, with the Fortec Motorsports driver ending just 0.001 seconds ahead of Marcos Siebert of Campos Racing, while race one winner Felipe Drugovich was third, just 0.010 seconds further back in third for RP Motorsport.

Behind the top three, Jannes Fittje will start fourth for Drivex School ahead of Cameron Das of Carlin Motorsport, while Bent Viscaal made it six different teams inside the top six for Teo Martin Motorsport, with the Dutchman ending just over four-tenths of a second off the pole time.

Saturday’s runner-up, Matheus Iorio, could not repeat his front row Qualifying performance on Sunday, and will start outside the top ten in eleventh, alongside Teo Martin Motorsport’s Moritz Müller-Creppon.