For World Touring Car racing, 2018 signals a new era. During the last four years, the World Touring Car Championship has used the attractive-yet-costly TC1 regulations. The cars were undoubtedly fast and certainly looked the part, but due to such high expenses, grid sizes dwindled. Eventually, the spectacle of the world’s premier touring car racing series had all but disappeared; results were almost as predictable as they are in Formula One, and there was little to ever really get excited about (apart from a good result for the underdog Lada team every so often). However, the TC1 regulations have been ditched, and all the signs point to a fierce return to form for the re-named World Touring Car Cup (WTCR).

So, what exactly has been going on behind the scenes over Winter? To put it simply; a lot.

With the TC1 format cast aside, there was only really one viable replacement. Marcello Lotti’s most recent brain-child, TCR, has taken off around the globe at a rate which perhaps even Lotti himself didn’t foresee. Harking back to the hugely popular S2000 era, TCR offers a blend of high performance 4/5 door cars and reasonable costs – exactly what world touring cars has been crying out for.

So, a deal between Eurosport Events (who promote world touring cars) and WSC Limited (the owners of the TCR Regulations) was struck. With the entry list officially unveiled, we can expect to see a total of seven different manufacturers represented on a full-time basis by eleven independent customer teams. And if that’s not enough variety for you, there’s the opportunity for more to enter the fray on a wildcard basis too. 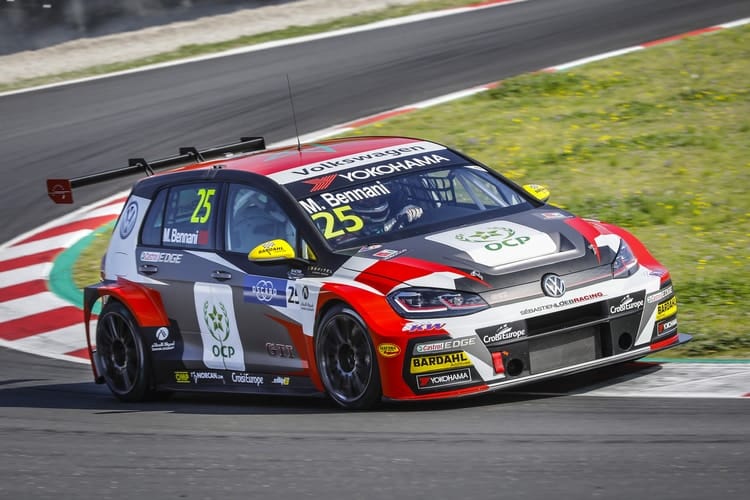 The Volkswagen Golf GTi has been a TCR success story. Credit: Francois Flamand/DPPI

Despite having effectively blended the World Touring Car Championship with the TCR International Series, very few of the venues vistied by the latter competition remain on the 2018 calendar. In fact, only the Hungaroring survives. The season will begin in Morocco and end at the famous Macau GP, and there will also be an international touring car debut for the Wuhan street circuit in China.

Well, where do you begin with this bunch? The level of driver skill on show this year is set to be arguably the best that we’ve seen in World Touring Cars for at least a decade. The WTCC and TCR International champions of 2017 both return this year. Swede, Thed Bjork will drive a Hyundai i30N for the new YMR outfit as his former team, Volvo, look to spend the year developing their own TCR car. Jean-Karl Vernay, meanwhile, stays with the squad that he won the 2017 TCR International title with; Team WRT. He will, however, be driving a new car with a new team-mate. Having switched from Volkswagen to Audi, Vernay will share the Team WRT garage with triple British Touring Car Champion, Gordon Shedden.

Jean-Karl Vernay goes into the season as one of the lead Audi drivers. Credit: Francois Flamand/DPPI

The Honda drivers who challenged Thed Bjork for the WTCC title last year will also return. With official manufacturer teams outlawed, Esteban Guerrieri will drive a brand new Honda Civic FK8 for Munnich Motorsport, while Tiago Monteiro will race for Boutsen Ginion Racing alongside Tom Coronel. Norbert Michelisz has cut ties with the Japanese marque though, and will instead compete in a Hyundai for the BRC Racing Team.

Sebastien Loeb Racing will be the only full-time representative of the Volkswagen Golf GTi TCR. Partnering Mehdi Bennani, who has driven for the team since 2015, will be the popular Brit Rob Huff. Bennani is no stranger to success, while 2012 World Champion Huff will be hoping to be right back at the sharp end after a few mixed seasons.

Another team to watch is Campos Racing. After lighting up the time sheets during pre-season testing, Pepe Oriola and John Filippi look to have a good car under them in the form of the ‘new’ Cupra TCR. After SEAT turned their sports division, Cupra, into a standalone sub-marque, the SEAT Leon TCRs that have been raced since 2015 will now run under the guise of being a Cupra TCR in order to match the Spaniards’ branding objectives.

A nice quirk of the 2018 WTCR entry list is the fact that many touring car legends will be making full-time returns to racing. Having taken a year out to develop the Hyundai i30N TCR, Gabriele Tarquini will now get to compete in the car alongside Michelisz at the BRC Racing Team. 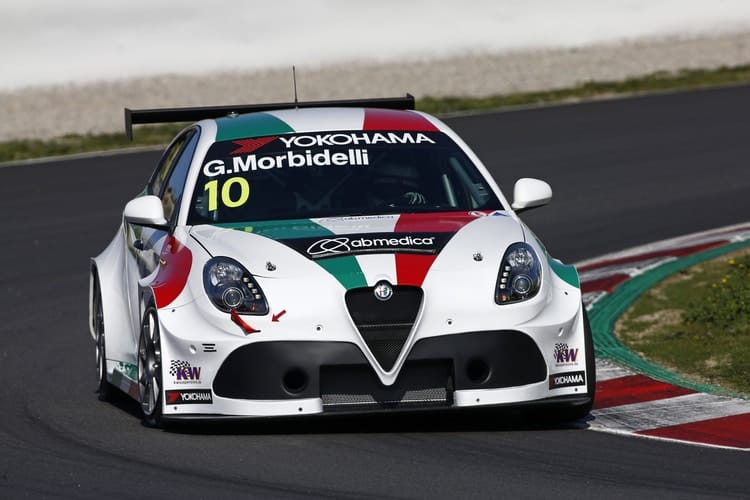 Morbidelli and Giovanardi will form an all-Italian super-team. Credit: WTCR

Sticking with the Italian theme, Fabrizio Giovanardi will come out of retirement to be reunited with Alfa Romeo at Team Mulsanne. The former European, British and Italian touring car champion will be joined by Gianni Morbidelli who arrives after having left WestCoast Racing.

Another man coming out of retirement is the four-time World Champion, Yvan Muller. Racing with his own team, YMR, Muller comes with the aim of supporting Thed Bjork’s title push rather than going for outright glory himself. Back in the early 2000s, Yvan Muller and James Thompson were very successful team-mates in the BTCC with Vauxhall. They may not be in the same garage anymore, but the return of Thompson at Munnich Motorsport means that they’ll at least be sharing the same race track once again. Thompson’s campaign will only be part-time, however, as team boss Rene Munnich is set to take over from the Brit in the latter stages of 2018.

While 2018 will see the return of some familiar faces, it’ll also be introducing us to new ones. Plenty of future stars will be present in the WTCR this year. Perhaps the most exciting of all is Yann Ehrlacher, the nephew of Yvan Muller, who’ll be competing for Munnich Motorsport this year after impressing on his WTCC debut last year. With the unfancied RC Sport Lada Vesta, Ehrlacher managed to claim victory in his first season of elite-level touring car racing last year, so will undoubtedly be a force to be reckoned with in the new Honda Civic FK8 TCR.

Comtoyou Racing are looking to blend youth with experience. Running four Audi RS3 TCRs, the Belgian squad have enlisted Aurelien Panis and Denis Dupont with one eye towards the future. Last year, despite a turbulent season, Panis took his first race win in a TCR. Dupont, meanwhile, arrives with backing from the Royal Automobile Club Belgium (RACB) after impressing in TCR Benelux. Alongside the youngsters, Frederic Vervisch stays on for his second season with Comtoyou Racing, while the team also welcomes the former endurance race, Nathanael Berthon.

Elsewhere, the DG Sport Competition team may not have totally unfamiliar drivers (Aurelien Comte and Mat’o Homola are already quite accomplished) however they will be debuting a brand new car. That car in question is the Peugeot 308TCR, and if its predecessor – the 308 Racing Cup – is anything to go by, then the French pocket rocket should be rather quick despite its small 1.6 litre engine.

Finally, we look over to Zengo Motorsport. Sticking to their tradition of trusting Hungarian youth, the team will be hoping that either Norbert Nagy or Zsolt Szabo might be able to kick on and emulate the career path of Norbert Michelisz. With a pair of Cupra TCRs, the duo certainly have dependable equipment in order to do so.

Well, if it isn’t obvious by now, the conclusion which we must come to is that the upcoming WTCR season promises to offer a little bit of everything. Challenging tracks, a variety of fairly matched cars and a heap of world-class driving talent – if you love motorsport then, hopefully, you’ll love the World Touring Car Cup.

Engine Regulations ‘Too Complicated and Too Complex’ for...