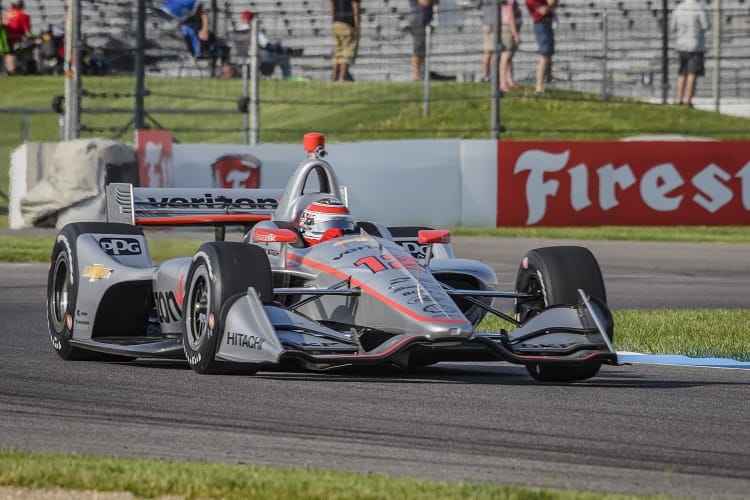 Will Power was quickest in the opening practice session around the Indianapolis Motor Speedway road course on Friday, with the Australian edging out Alexander Rossi by 0.0332 seconds.

Power, twice a winner around the road course at Indianapolis, took his #12 Team Penske machine around the lap in a time of 1:10.0866s, while Andretti Autosport ace Rossi was second ahead of Ed Carpenter Racing’s Jordan King.

King himself was only 0.0685 seconds back on the outright pace, with the Briton finishing ahead of a pair of former Formula 1 racers in the form of Sébastien Bourdais (Dale Coyne Racing) and Takuma Sato (Rahal Letterman Lanigan Racing), with the top five separated by less than a tenth of a second.

Championship leader and defending series champion Josef Newgarden was sixth fastest for Team Penske ahead of the leading Chip Ganassi Racing entry of Scott Dixon, while Spencer Pigot put the second Ed Carpenter Racing machine into eighth ahead of Ganassi’s Ed Jones and Helio Castroneves, the latter making his first appearance of the season for Team Penske.

The top twenty-one in the field were separated by less than one second, while twenty-third placed Max Chilton making a couple of errors as he finished two places and two-tenths of a second behind Carlin team-mate Charlie Kimball.