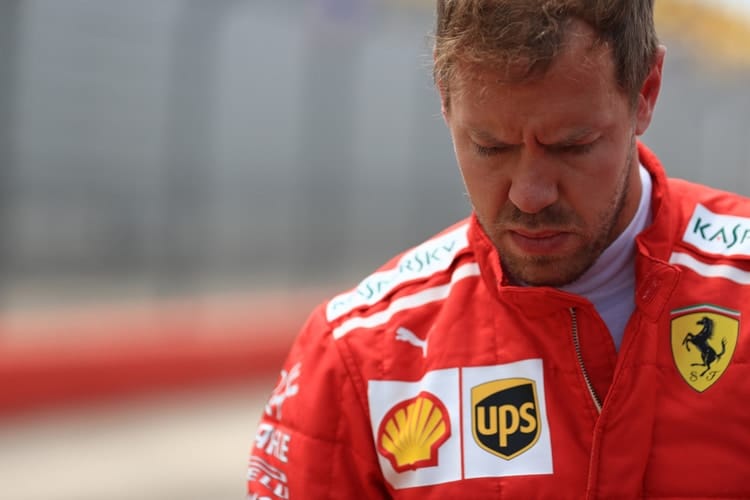 Arguably the biggest talking point of last Sunday’s French Grand Prix was the collision between Ferrari’s Sebastian Vettel and Mercedes’ Valtteri Bottas at the start of the race.

Vettel locked up his left front wheel going into Turn 1, causing him to collide with Bottas and spin the Finn off the track. This broke Vettel’s front wing and punctured Bottas’ left rear tyre, forcing them both to pit. The race stewards decided that Vettel was responsible for the incident and consequently handed him a five second penalty, which he served during his second pit stop of the race.

There has been much discussion about whether or not the five second penalty given to the German was harsh enough. Mercedes’ non-executive chairman and former three-time world champion Niki Lauda was one who thought that the stewards were too lenient, telling Sky F1 after the race “why Vettel only gets five seconds for this enormous mistake I don’t really understand. It is too little.”

Race winner Lewis Hamilton echoed Lauda’s comments, describing Vettel’s penalty as “a tap on the hand” to Motorsport.com. Personally however, I disagree with them both. For me, the penalty Vettel received for the incident was about right.

There is no doubt that the four-time world champion was to blame for the collision, but a five second penalty was enough because as Lauda acknowledged, Vettel “destroyed the whole race for himself and Bottas.” Given that Bottas sustained a puncture from the incident, had Sebastian not significantly damaged his car and only dropped a couple of places following the collision, then I would agree with Lauda that a five second penalty was fairly lenient. However, the fact that Vettel’s race also suffered a significant setback as a result of the incident was, for me, punishing enough for him.

When asked about his thoughts on the collision, Lewis Hamilton told Motorsport.com that a driver who “destroys your race … shouldn’t be able to come back and finish ahead”.

Some agree with the reigning world champion, arguing that it was unfair Vettel eventually finished two places ahead of Bottas. However, whilst it must be really difficult (to say the least) for the innocent victim of a collision to see the driver who caused the incident finish ahead of him, penalties should definitely not be dished out on the basis of consequences of incidents.

This is because a driver’s race result is not always solely dependent on specific collisions; other factors may sometimes play a role too. In the case of Bottas’ seventh-place finish on Sunday, whilst his race was pretty much ruined as a result of his collision with Vettel on Lap 1, he also lost significant time during his second pit stop, when there was a problem with the rear jack. Thus, whilst the German was largely responsible for Bottas’ race result, he certainly was not totally accountable for it.

Furthermore, although this particular collision did not occur at the start of a race, I think it’s worth pointing out that earlier this season, Red Bull’s Max Verstappen collided with Vettel during the Chinese Grand Prix, costing himself and the German and handful of positions. Yet the Dutchman still finished that race of him, even after receiving a penalty for the collision.

And finally, let’s not forget that Bottas has been involved in similar incidents in the past, though not as the victim. At last season’s Azerbaijan Grand Prix for example, Bottas collided with Ferrari’s Kimi Räikkönen on the first lap, damaging both their chances of victory in the race.

However, the Finn did not receive any penalty at all for this collision and went on to finish on the podium, whilst his fellow countryman retired near the end of the race. Yet Mercedes had no complaints about Bottas’ result. Surely his second place was not fair on Raikkonen?

Given how unlucky Valtteri Bottas has been so far in 2018, I can understand the frustration at Sebastian Vettel and the penalty handed to him.

However, similar incidents have occurred in the past in Formula 1 and will definitely do so in the future. Sometimes, the driver who caused the collision will end up finishing ahead of the innocent victim of the incident and vice versa.

The severity of Vettel’s penalty can be argued about for weeks, but when the roles were reversed for Bottas last season in Azerbaijan, where was the uproar?

Christian Horner: "We couldn't have done anything differently today"

By Jasmine Butler
1 Mins read
Christian Horner is still positive about his teams performance, despite losing the win to a tactical move from Mercedes.
Formula 1

Max Verstappen: "I tried everything I could today"

By Jasmine Butler
2 Mins read
Max Verstappen saw victory slip through his fingers thanks to quick thinking from Mercedes.
Formula 1

Wolff and Shovlin happy after Mercedes strategy masterclass in Spain

By Nick Golding
3 Mins read
Lewis Hamilton is on the verge of a hundred Grand Prix wins after super strategy puts him in position to win the Spanish Grand Prix.