Carey on Marchionne – “A leader and a friend” 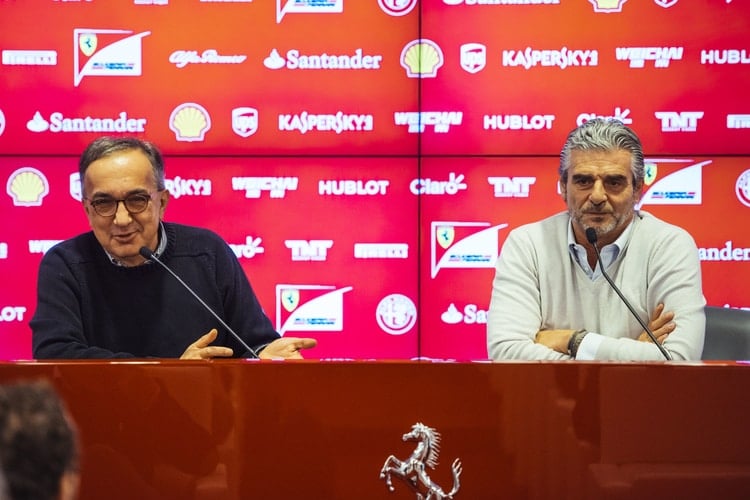 Chase Carey, the CEO and Chairman of Formula 1, has described Sergio Marchionne as a “leader and a friend”, following his death.

He was replaced by Louis C. Camilleri as CEO of Ferrari, while John Elkann took the position of chairman.

“We are deeply saddened by the passing of Sergio Marchionne.”, said Carey.  “He was a great leader of not just Formula 1 and the automobile world, but the business world overall.”

Marchionne guided Ferrari to success several times in 2018, with the team winning four out of eleven races so far, also being a part of the fight for the Drivers’ and Constructors’ Championships.

He has also been instrumental in the revival of the Fiat Group partnership with American car maker Chrysler, the company becoming one of the biggest manufacturers of automobiles in the world.  He also help the company recover after they suffered a massive financial loss of $6 billion.

After replacing Luca di Montezemolo as CEO of Ferrari in 2014, he has helped shaped the Italian team back into race winning form, with the assistance of team principal Maurizio Arrivabene and drivers Kimi Räikkönen and Sebastian Vettel.  He also played a part in bringing Alfa Romeo back into the sport, who act as a sponsor for Alfa Romeo Sauber F1 Team.

“He led with great passion, energy and insight and inspired all around him.  His contributions to Formula 1 are immeasurable.  He was also a true friend to all of us and he will be deeply missed.  At this difficult time we extend our dearest sympathies to his family, friends and colleagues.”, said Carey.