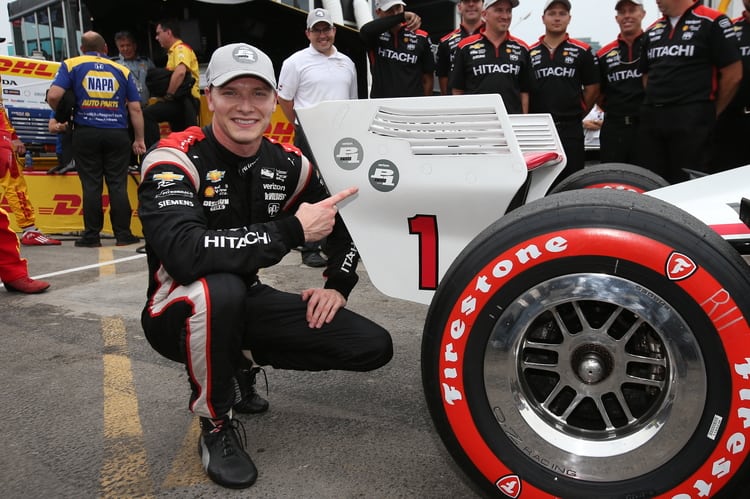 Josef Newgarden has qualified on pole position for tomorrow’s 2018 Verizon IndyCar Series Honda Indy Toronto. The Team Penske driver stole pole away from Scott Dixon on the very last lap of the session, as the track continued to get faster and faster as the session went on due to it’s rapidly drying surface.

Throughout qualifying, rain would come and go in Toronto and provide a challenge for the drivers, who were hoping to get as high a grid position as possible; a tricky enough task on the Canadian streets when the track is at its driest.

The first group of drivers in session one of qualifying were met with a wet track, whilst the second group had a drier surface. The track remained predominantly dry for session two, with the rain threatening to return all the way until the end of the final session, the ‘Firestone fast six’.

It seemed as though the moisture on track would build up every time the cars stopped circulating, meaning that every session saw the track evolve and get faster as time ticked away. This was, perhaps, most evident in the final session, when every driver improved almost every time they crossed the line.

The top spot was traded between many drivers in the final minutes of the session, but ultimately it was the last driver to cross the line that took pole position. That was Newgarden in the #1 Chevrolet. His final lap was good enough to steal pole position away from the previous provisional pole-sitter, Scott Dixon, was was just two-tenths of a second down on Newgarden.

The result is Newgarden’s fourth pole of the season and the sixth of his career in IndyCar. The reigning series champion already has three wins to his name this year and he now lies second in the standings behind Dixon. He will be hoping to make some in-roads into the thirty-three point gap by staying up front tomorrow.

Dixon, who topped both Friday practice sessions, was frustrated to have just missed out on pole position, stating that he was on a much faster lap at the end of the session before almost spinning at turn five. Nevertheless, second place is a great starting spot where he can easily win the race from.

Simon Pagenaud and Will Power made sure that Team Penske got all of their cars into the final session of qualifying. They will line-up on the second row of the grid tomorrow in third and fourth respectively, with Power still frustrated to have fallen off of the front row in the closing moments.

Andretti Autosport team-mates, Alexander Rossi and Ryan Hunter-Reay will share the third row of the grid with fifth and sixth. They were the last two drivers to make it into the final session of qualifying. Just missing out on a spot in the shoot-out for pole position was Takuma Sato, who was somewhat of a surprise elimination in the second session having shown strong pace throughout the event so far.

British rookie Jordan King put in a solid effort to qualify eighth for Ed Carpenter Racing. Just behind him will be two of the three Canadians racing on their home turf tomorrow. Team-mates James Hinchcliffe and Robert Wickens were frustrated to have not been any higher than their qualifying positions of ninth and tenth, with Wickens stating that Schmidt Peterson Motorsports simply were not fast enough.

One of the standout performances of the day came from the returning Conor Daly. It was announced in the build-up to the weekend that the American driver would be replacing Gabby Chaves at Harding Racing for this weekend, but the lack of preparation did not hamper Conor. A superb lap at the end of the first session saw him jump into the top six that would advance to session two. He would end up taking eleventh on the grid, with A.J. Foyt Enterprises‘ rookie Matheus Leist rounding out the top twelve.

Graham Rahal was the driver that Daly knocked out of qualifying right at the end of session one. He will start in thirteenth place, just ahead of fourteenth placed Marco Andretti; with both drivers most likely annoyed to not be joining their team-mates further up the order. It was a similarly tough session for Dale Coyne Racing‘s Sebastien Bourdais, who will start way back in seventeenth despite showing relatively decent pace in practice.

Further back, Ed Jones and Zach Veach both had incidents out on the track that relegated them to the lower positions. Jones hit the wall in the first session of qualifying and broke off the front nose and wing of his #10 Ganassi Honda. He could not get back out on track in time to set a lap-time good enough to advance, meaning he will start twenty-first.

Veach will line-up twenty-second after spinning at the end of session one. The spin caused a yellow flag, which meant that his best lap was taken away as a punishment. Only one car will start behind him, that being the #19 of Zachary Claman De Melo, who will have been hoping for so much more than last on the grid for his home race. 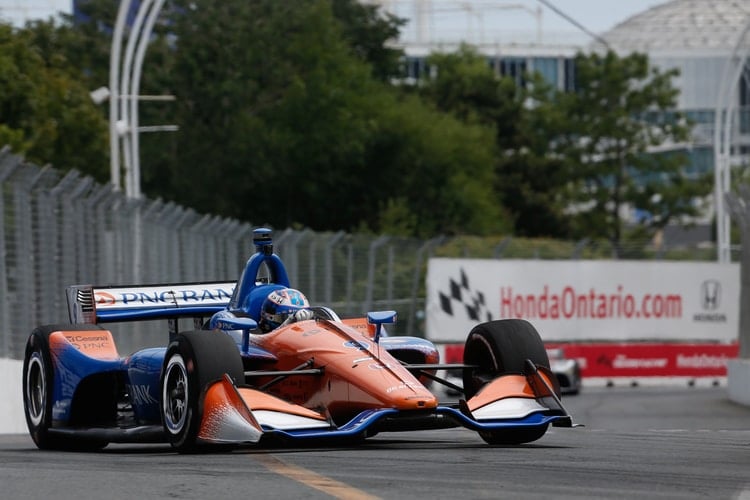 By Griffin Schmoyer
6 Mins read
Driver changes, exciting racing and a close championship battle, going into Road America, IndyCar has it all. Here’s everything you need to know ahead of the REV Group Grand Prix.
IndyCar

By Griffin Schmoyer
1 Mins read
NASCAR Cup Series driver Cody Ware is set to make his debut in the NTT IndyCar Series this weekend at the REV Group Grand Prix at Road America.