Ralph Boschung Hopes Engine Problems are Over heading to Silverstone 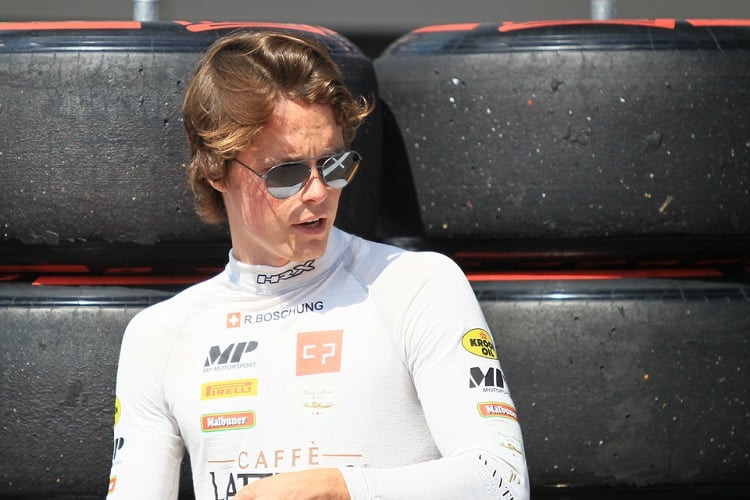 Ralph Boschung has endured a frustrating run of results in the FIA Formula 2 Championship, with six retirements in the past eight races, but the Swiss racer believes there may be light at the end of the tunnel.

The MP Motorsport driver has suffered with multiple engine issues in recent races, and since scoring points in the opening four races, he had since failed to troubled the scorers.

Boschung hopes that the team have found and solved the issues, and going into this weekend’s race at Silverstone, he is keeping positive that better results are around the corner for him.

“As everyone saw all the issues I’ve had with the engine, but I think that we have found the problem,” said Boschung to The Checkered Flag.  “So I’m just going to reset.

“It’s been really tough, I have to say.  We’ve been doing very well at the start of the season, I think I was the only one with [Lando] Norris being in the points without being outside of the points, so that was pretty good, and this to completely opposite, quite tough but we never give up.”

Boschung feels the potential of the MP Motorsport car is ‘pretty good’, particularly when the results of the car on the other side of the garage, with Roberto Merhi having put his Dallara F2 2018 onto the podium in Monaco.

“I think we are pretty good actually, even better than we expected,” said Boschung.  “Some tracks might suit us better than the others, but we’ll see.”

Silverstone marks round seven of the championship, and Boschung feels he has adapted well to the new car introduced to the series this season.

“It’s actually okay,” said the Swiss driver.  “I think the driveability is quite different to last year, but we’ve got a couple of tools on the steering to play with, which can smooth out the driveability; it feels okay.”

By Fergus Mckie
7 Mins read
Speaking exclusively to the Checkered Flag, Matt Parry recalls his career which included GP3 wins and 24 hour of Spa victory’s, and talks about his ventures into driver management with Peak Performance Management.
Formula 2

By Joe Ellis
2 Mins read
Marcus Armstrong’s fifth in the feature race saved what could’ve been a pointless weekend for DAMS.
Formula 2

By Joe Ellis
2 Mins read
Victory and the Championship lead for Guanyu Zhou in another exciting Formula 2 race in Bahrain. A nice teaser as to what is hopefully to come in Formula One later today.