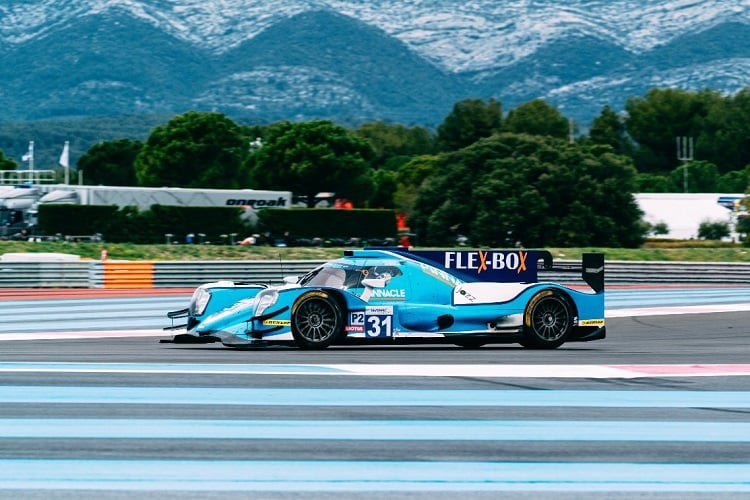 Ryan Cullen says stepping up to sportscars has been challenging, but at the same rewarding, as he prepares for round three of the 2018 European Le Mans Series at the Red Bull Ring this weekend.

Cullen has joined the ELMS field this season for the APR – Rebellion Racing team alongside Gustavo Menezes and Harrison Newey, and the trio have finished fifteenth and eighth in the first two races at the Circuit Paul Ricard and Autodromo Nazionale Monza.

“I’ve really enjoyed moving up to sportscars,” said Cullen to The Checkered Flag.  “It’s been a steep learning curve but equally, really rewarding. I’m able to draw on the experience of the team and my team mates. We are making good progress and I think we can improve further as the season develops.”

The twenty-seven-year-old Irishman has moved on from racing in a number of Porsche-based categories, including the Porsche Mobil 1 Supercup, Porsche Carrera Cup Germany and the Porsche GT3 Cup Challenge Middle East, the latter claiming the title in the 2016/17 season after taking eight wins in twelve races.

“I got to the point where I really felt that I had achieved all I could in the category,” said Cullen.  “That includes poles, fastest laps and winning the Middle East Cup.

“LMP2 is a decent step up and a good opportunity to race with and against strong drivers. I tested a P2 car in 2015 which went well so I knew I could do a decent job in the car. It was a case of finding the best team to make the step with and I think we found that with Algarve Pro Racing (APR) and Rebellion.”

Cullen admitted the preparation for the opening round in France was very short, with only a week to ready the Oreca 07 for the first four-hour event of the season but heading into the second round in Italy with better preparation meant a stronger weekend all round.

“Preparation time for Ricard was very short,” admitted Cullen.  “The APR guys did an amazing job to as they only had a week to get the car on the ground for the first round.

“That meant we were up against it in France but we made a big step forward at Monza. We initially qualified third but were forced to start eighteenth after a post scrutineering penalty.”

The car had risen to fourth early on with Cullen behind the wheel and there was a chance of a podium finish, but a penalty late on cost them that chance, and they ultimately were forced to settle for eighth.

“I started the race and I had moved up to fourth when I handed the car over,” said Cullen.  “We were then up to third and a podium looked likely going into the final hour.

“Unfortunately, though, we got a drive through penalty which really hit us, and we finished seventh. Still, it was positive as we all showed pace and we are looking forward to Red Bull Ring next weekend.

Cullen admits the LMP2 machinery is much more physical than he is used to, and of course much faster due to the amount of aero on the Oreca, but the most thing he has to remember is that it is a team sport where he is responsible not only for his own race, but the race of his team-mates as well.

“LMP2 is far more physical and of course with all the aero, it’s faster,” said Cullen.  “There are more differences in the way you race too and I’ve been adapting my style.

“Tyre management is more important and I’m doing lot more overtaking than I did in the Carrera Cup! Dealing with the traffic is something sports car drivers just have to get on with.

“I’ve also come to appreciate that we share the car. That means keeping out of trouble and handing it onto my team mate in good shape and. This is a team sport!”

Cullen says he is learning a lot from his APR-Rebellion Racing team-mates Menezes and Newey this season, with the former a 24 Hours of Le Mans class winner and the latter the reigning Asian Le Mans Series champion, and he says they are all hungry for success.

“It’s been great,” he said.  “Both are cool guys and we are all hungry to do well. Having Gustavo’s experience, as a Le Mans winner, is an advantage and I know I can learn from him.

“Harrison is very knowledgeable and having been around racing all his life, he brings insight from loads of areas. His success in ALMS last year brings further knowledge of car set up and I’m ready to listen and learn from both of them.

“We all have different characters, but it seems to work, and we get on well both in and out of the car. That’s another nice thing about sharing the car and racing in endurance categories. I’m very happy.”

Cullen revealed that he was forced to up his training to get fitter to deal with the LMP2 machinery and the longer stints in the European Le Mans Series, with his focus now on high intensity work rather than circuit training.

“I’ve worked hard in the run up to the start of the season to be ready and race fit,” said Cullen.  “I’ve lost weight and upped my training to make the most of the longer stints.

“I’ve spent a lot of the time on the bike. I was regularly in the gym but now instead of circuit training, I’m doing more high intensity work. I’m feeling great.”

Cullen has eyes on a 24 Hours of Le Mans debut in the not too distant future after participating in the Test Day there this year, but he sees his future in LMP2 machinery going forward, either in ELMS or the FIA World Endurance Championship, although he would like to race in the Rolex 24 at Daytona as well.

“I really want to do Daytona and to race at Le Mans,” said Cullen.  “I did the Test Day but racing there would be special.

“The first time you head out onto the Mulsanne is an incredible feeling, one of those iconic motorsport moments. I’m pushing to be racing there next year. Beyond that, I’d like to look at returning to ELMS or even WEC in a P2 car. 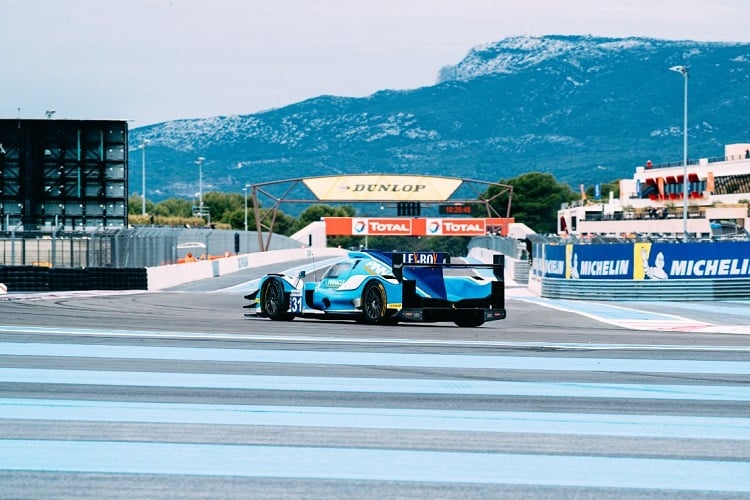 Cullen has an eye on Daytona and Le Mans in the future – Credit: Ryan Cullen

By Mark Cridland
3 Mins read
The rally and rallycross legend talks about his long and accident prone career as well as the future of Lydden Hill Race Circuit and British rallycross as a motorsport.
European Le Mans SeriesSportscars