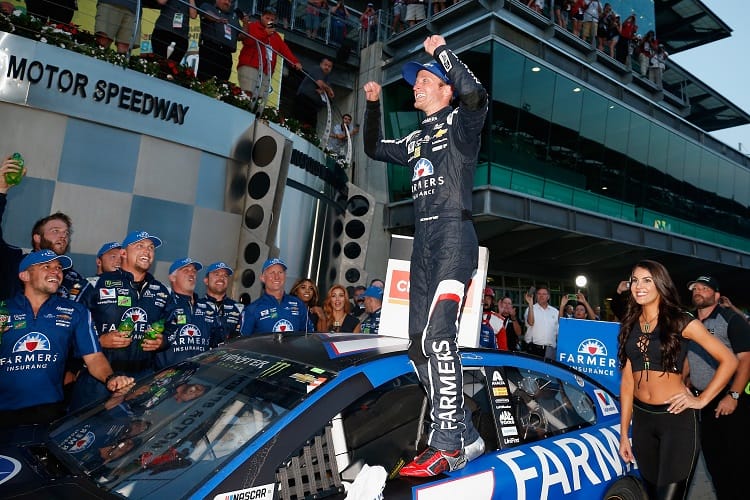 After fifteen seasons of full-time competition at NASCAR’s highest level, Kasey Kahne has decided to call it a career. On Thursday morning, he announced his intention to retire from full-time Monster Energy Cup Series racing after the 2018 season.

“I’ve thought about this decision for many months, if not longer,” Kahne wrote in a statement on Twitter. “It’s time for me to step away from racing in NASCAR full time. I appreciate everything LFR has done for me this season and offering me the opportunity to race in 2019.”

Kahne currently drives the #95 for Leavine Family Racing, whom he joined in 2018 after a six-year stint in the #5 for Hendrick Motorsports. After twenty-three races, he is twenty-eighth in the standings with one top ten/five (a fourth at Daytona International Speedway in July). Although he recorded five wins in his first three seasons with Hendrick (including a career-best fourth-place points finish in 2012), he struggled to return to Victory Lane since, including missing the playoffs in 2015 and 2016. At Indianapolis Motor Speedway in 2017, he finally snapped a 102-race winless streak after surviving a chaotic Big Machine Brickyard 400, but departed HMS at the end of the season.

In his release, Kahne explained the demands of the Cup circuit were too much for him to continue beyond 2018. A father and dirt track racer/owner, he intends to invest more time into his family and his World of Outlaws sprint car team Kasey Kahne Racing.

“However, racing in [Cup] full time for a few more years was just something that I couldn’t commit to. I’m not sure what the future holds for me, but I know I’m at ease with the decision that I have made. The highs didn’t outweigh the lows and the grueling schedule takes a toll on your quality of life. I need to spend more time doing the things I enjoy and love and that’s spending time with Tanner and my sprint car teams.”

LFR issued the following on Twitter: “Thank you @kaseykahne for allowing us to be a part of your memorable career in NASCAR! Thanks for everything you’ve done for this sport & all of your fans over the years. We’re ready to close out this season together on a positive note as you then chase after your next adventure!” 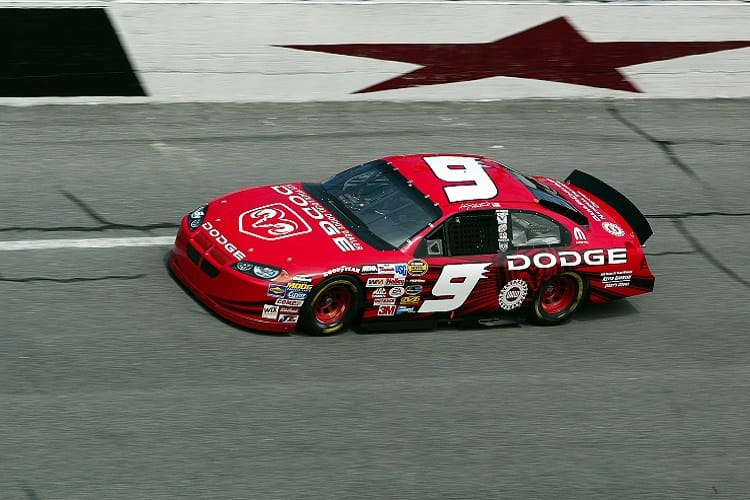 The Enumclaw, Washington native broke into the NASCAR Cup scene in 2004 in the #9 Dodge with Evernham Motorsports when he recorded multiple near-victories, including five second-place finishes, en route to being named Rookie of the Year. In 2005, he scored his first Cup win at Richmond Raceway, followed by a six-win 2006 campaign that placed him eighth in points. Kahne remained with the organization as it endured a transition period, changing name to Gillett Evernham Motorsports before finally becoming Richard Petty Motorsports, along with switching to Ford. In 247 races in the #9, he had eleven wins.

With five races remaining in the 2010 season, Kahne departed RPM and signed with Team Red Bull to drive the #83 and #4 Toyotas. In his lone full-time year with Red Bull in 2011, he won the penultimate race at Phoenix International Raceway (now ISM Raceway) and finished fourteenth in points. Kahne joined Hendrick in 2012. In 527 career Cup races, Kahne has 18 wins, 93 top fives, 176 top tens, and 27 poles.

“I’ve had a great career in racing and met so many amazing people and fans along the way, some that I’ll remain in touch with for life. We still have some work to do this year in the #95 and I look forward to finishing the season with this team.”

“Thanks to everyone that believed in this kid from Enumclaw, Washington. I hope I made you all proud.”

By Justin Nguyen
4 Mins read
The NASCAR Cup Series race at Circuit of the Americas will be named the EchoPark Texas Grand Prix (a term not common in NASCAR). In advance, Chase Elliott, Martin Truex Jr., and Brad Keselowski will do a tyre test next Tuesday.
NASCAR Cup SeriesNASCAR Truck Series

By Justin Nguyen
4 Mins read
NASCAR Cup points leader Denny Hamlin will start on the pole for Sunday’s race at Homestead, while Xfinity championship leader Austin Cindric will do the same for his series’ race the previous day.