Kimi Räikkönen: “It was pointless to continue, the damage was too big” 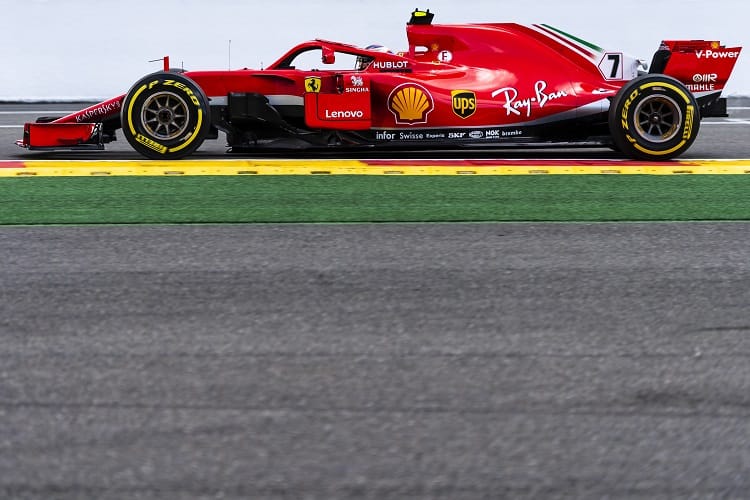 Kimi Räikkönen’s Belgian Grand Prix weekend started positively with quick times during Free Practice, but it began to unravel during Qualifying before falling apart completely at the first turn on lap one when he was an innocent victim of a chain reaction behind him.

The Scuderia Ferrari driver was looking good for possible front row start, if not pole at Spa-Francorchamps on Saturday only for the weather to interfere to see him relegated to sixth, but the out of control Fernando Alonso, flying through the air after contact from Nico Hülkenberg, clipped Daniel Ricciardo, who then went into the back of Räikkönen’s SF71H.

The contact caused an immediate puncture to the Finn’s car while the endplate and floor suffered damage, and despite returning to the race with fresh tyres, he returned to the pits to retire after just a few laps as the damage was too big to overcome, particularly when his Drag Reduction System (DRS) stayed open when it should not have.

“I don’t know what happened at the start: the only thing I know is that somebody hit me from behind and straight after that I got a puncture,” said Räikkönen.

“I had a lot of damage to the rear wing endplate and the floor; at that point I could not go fast and the DRS stayed open all the times, it was hard to remain on track.

“It was pointless to continue, the damage was too big, so we decided to go back to the garage.”

By Fergus Mckie
2 Mins read
It was Max Verstappen who dealt the first blow out on track, topping the timesheets in the first practice session, with Lewis Hamilton down in third – albeit on a used set of soft tyres.
Formula 1

By Nick Golding
1 Mins read
This weekends Hungarian Grand Prix represents Williams final chance for a points finish before the summer break. A points finish at the Hungaroring this weekend may taste just as sweet as Nelson Piquet’s win at the venue for the team back in 1986.