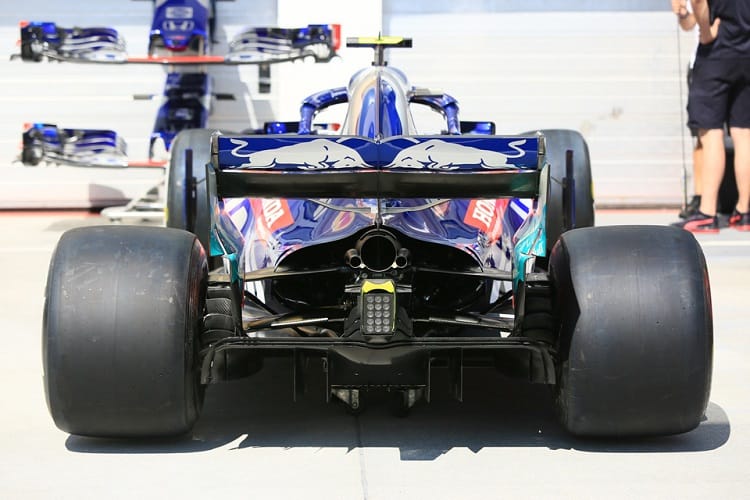 Max Verstappen says the number of components used by Honda is not a true reflection of their reliability during the 2018 Formula 1 season so far, with a few of the changes being made tactically due to poor performances during Qualifying sessions.

Verstappen, who along with his Aston Martin Red Bull Racing team, will make the switch to Honda power from Renault next year, joining Red Bull Toro Rosso Honda, who made the same jump ahead of the 2018 season.

Brendon Hartley has used six internal combustion engines (ICE) in 2018 in the opening twelve races, double the amount allowed during the season, while team-mate Pierre Gasly has used five, while both drivers have also exceeded their allowances with regards to turbochargers, MGU-H’s, MGU-K’s, energy stores and control electronics.

However, looking closer at this, Hartley had completely new sets of components in both the Bahrain and British Grand Prix after crashes earlier in the weekend, and Verstappen says he has no concerns about what might be with Red Bull from next season.

“I don’t think they have had a lot of issues,” Verstappen is quoted as saying by Autosport.  “Most of the time, maybe they had a bad qualifying so then it doesn’t really make a lot of difference for them to take a new component, so that’s what they are doing.

“I’m not too worried. And they still have quite a few races coming up to understand the package, and for next year it’s going to be a new engine, it’s different.

“They learn from their mistakes, which is good.  It’s happening on other brands, not only Honda. So, I’m not too worried.”

Sergio Pérez: “If we can get a good start, there’s a lot to play for”

By Paul Hensby
3 Mins read
Sergio Pérez will start an excellent fifth in Sunday’s Portuguese Grand Prix, while Lance Stroll was caught out by the wind on Saturday and will start only twelfth.
Formula 1

Charles Leclerc on Qualifying Fourth: “I think we managed to get everything out of the car”

Max Verstappen: “My Q3 lap was pretty decent and third is a good starting position”

By Paul Hensby
3 Mins read
Max Verstappen and Alexander Albon will start third and sixth in Sunday’s Portuguese Grand Prix at the Autódromo Internacional do Algarve.