The upcoming NASCAR weekend will see the debut of the Charlotte Motor Speedway Roval, but will also see the finale of Justin Marks.

On Monday, Marks tweeted the Xfinity Series‘ Drive for the Cure 200 and Monster Energy Cup Series‘ Bank of America Roval 400 will be his final two races as a NASCAR driver. He will drive the #42 for Chip Ganassi Racing in the former and the #15 for Premium Motorsports in the latter.

“Really looking forward to what will be my last ever weekend competing in @NASCAR. Double duty with @CGRnascar and @premiummotrspts in NXS and Cup. Lucky to have had all the opportunities I’ve had in 10+ years. Gonna have some fun and leave it all out there!!” 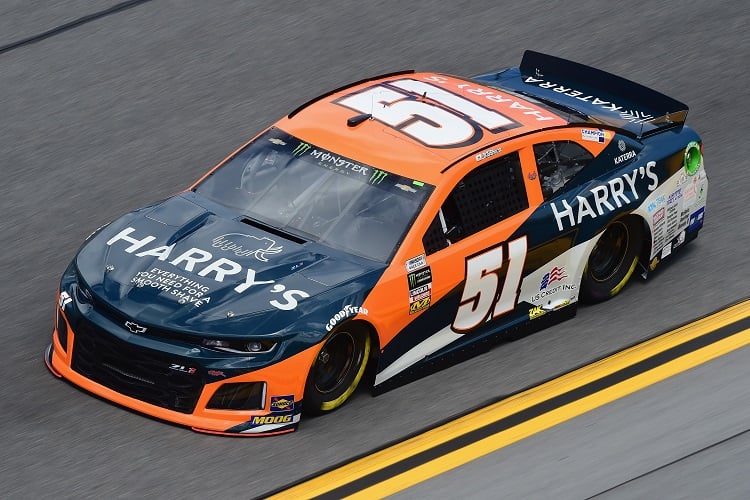 A longtime road course ringer, Marks joined Ganassi’s Xfinity program when it was under HScott Motorsports with Chip Ganassi umbrella in 2015, running a part-time schedule that mostly consisted of competing in the road course races at Mid-Ohio Sports Car Course and Road America. HScott closed down after the 2015 season and its Xfinity assets were absorbed by Ganassi; Marks increased his slate to 17 races in 2016 that included ovals. That year, he won his first and to date only NASCAR national series race in the rain at Mid-Ohio. In 2018, he finished twenty-second and sixth at Mid-Ohio and Road America, respectively. In 34 career Xfinity races, he has six top tens and a win.

On the Cup level, he made his debut at Sonoma Raceway in 2013 with Tommy Baldwin Racing, finishing thirtieth; he also ran the Sonoma race in 2015 for Front Row Motorsports (again finishing thirtieth). In 2017 and 2018, he ran the fall Talladega Superspeedway race and the 2018 Daytona 500 for Premium and Rick Ware Racing, respectively finishing fortieth and twelfth. His latest Cup start is at Sonoma with Premium, where he finished twenty-eighth.

Marks also has 38 career Camping World Truck Series starts with four top tens, two poles, and a best finish of eighth at Homestead-Miami Speedway in 2007 and Daytona International Speedway in 2008. His latest start in the series is an eleventh-place run at Las Vegas Motor Speedway in March 2018 with DGR-Crosley.

The sports car veteran currently races in the WeatherTech Sports Car Championship for Michael Shank Racing, where he sits ninth in the GTD class standings.

Although his NASCAR career is coming to an end, he intends to continue racing in other endeavors.

“I’ll still race cars, my @NASCAR experience has run its course,” he tweeted in a response to NASCAR SiriusXM host Dave Moody. “Got other projects ahead that are big and exciting”.

The Drive for the Cure 200 will take place on Saturday 29 September, while the Bank of America Roval 400 is on Sunday 30 September.