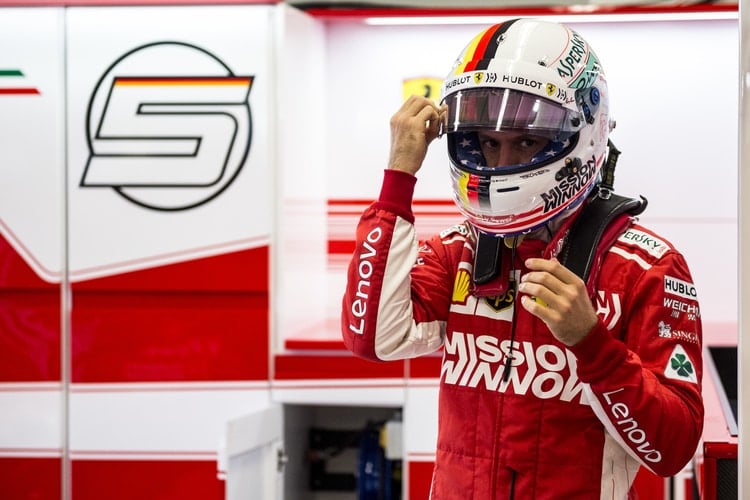 Sebastian Vettel feels the “mood is good” at Scuderia Ferrari as they go in search of a second win in a week at the Mexican Grand Prix.

The German struggled last weekend as he fought his way back through the field to fourth after contact with Daniel Ricciardo on the opening lap while team-mate Kimi Räikkönen won the race.

“We are approaching this weekend well, we won the last race and for the team it was an important result after the last tough races,” said Vettel.

“The mood is good after all, and we have made progress, moving forward, which is good for us.”

The Autodromo Hermanos Rodriguez sees everyone try and make the car as quick as possible in a straight line and Vettel is hopefully that means Ferrari can be fastest this weekend.

“This track is very unusual because of the altitude which makes the air thinner,” said the German.  “The approach to this circuit is very simple and straightforward: everybody is trying to put as much downforce in the car as they can, so we’ll see what happens.

“For sure, we’ve been more competitive on straights this year than last year, so hopefully we’ll be the fastest this time too.  Our primary focus is always on winning the next race, and I think we know what we have to do to stay in the fight.

“However, it clearly doesn’t depend only on us.”

Vettel’s title hopes are all but over and Lewis Hamilton can win the championship this weekend and Vettel knows that the team need to get on top of their problems from recent races.

“We need to look ahead and I think it’s very important that we have started to understand what maybe didn’t work in previous races,” said Vettel.  “So, I think it was necessary to step back to understand and look at these points, but the main thing is that we keep moving forward.

“Obviously, the last couple of days have been important and helped us to make things clearer”.

Christian Horner: "We couldn't have done anything differently today"

By Jasmine Butler
1 Mins read
Christian Horner is still positive about his teams performance, despite losing the win to a tactical move from Mercedes.
Formula 1

Max Verstappen: "I tried everything I could today"

By Jasmine Butler
2 Mins read
Max Verstappen saw victory slip through his fingers thanks to quick thinking from Mercedes.
Formula 1

Wolff and Shovlin happy after Mercedes strategy masterclass in Spain

By Nick Golding
3 Mins read
Lewis Hamilton is on the verge of a hundred Grand Prix wins after super strategy puts him in position to win the Spanish Grand Prix.