Carrying On Wasn’t Worth The Risk For Hülkenberg 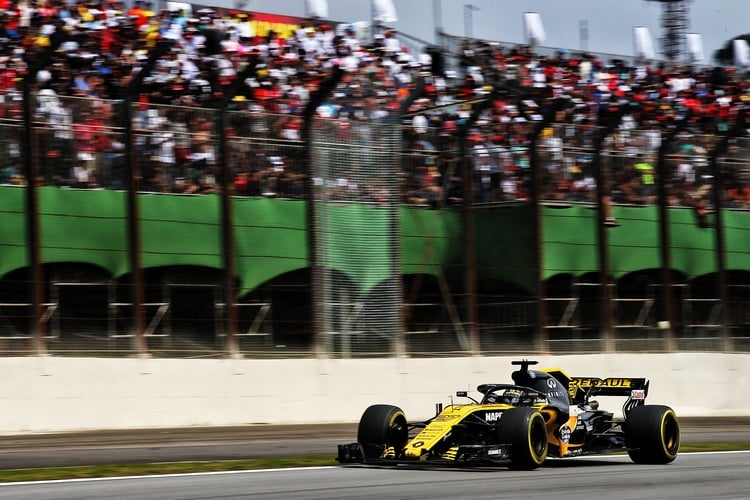 Nico Hülkenberg described it as “a shame” that he was forced to retire from the Brazilian Grand Prix with an engine issue.

The German’s power unit in his Renault Sport Formula One Team was getting too hot and the team made the call to retire the car to save the power unit.

“It was a shame to retire from the race, but the difficult call was made to stop due to excessive engine temperatures.

“These aren’t healthy for the Power Unit, so it wasn’t worth the risk carrying on.”

The Renault driver, who started down in fourteenth, choose an alternative strategy where he started on the slower soft tyres to then go to the faster supersoft at the end of the race and felt the strategy could have been good if he hadn’t retired.

“It’s disappointing as I was on a reverse strategy and that would have meant fresher tyres at the end of the race.”

Hülkenberg was also involved in a very close fight with team-mate Carlos Sainz Jr. which he enjoyed but is now looking forward to “giving it our all” at the final race of the season in Abu Dhabi.

“Other than that, it was fun racing Carlos out there on a couple of occasions. It was close, but we left each other enough room and it was all fair and square.

“We’ll reset for the finale in Abu Dhabi and we’ll be giving it our all.”

Pierre Gasly: “There’s a big rush of adrenalin when you’re out there”

By Paul Hensby
2 Mins read
Pierre Gasly says AlphaTauri still need to work on their long-run pace in Saudi Arabia, although they were able to show impressive pace on short runs during Friday’s running.
Formula 1

Max Verstappen: “We’ll see what we can do to get more pace out of the car overnight”

By Paul Hensby
2 Mins read
Max Verstappen says Red Bull will need to unlock more pace from his RB16B if they are to take the challenge to Mercedes in Saudi Arabia.
Formula 1

Lewis Hamilton: “The closing distances to other cars was definitely getting dangerous”

By Paul Hensby
2 Mins read
Lewis Hamilton was fastest in both Friday practice sessions in Saudi Arabia, but he was less than happy with the way the traffic was backing up in the final sector as drivers prepared to start their quick laps.