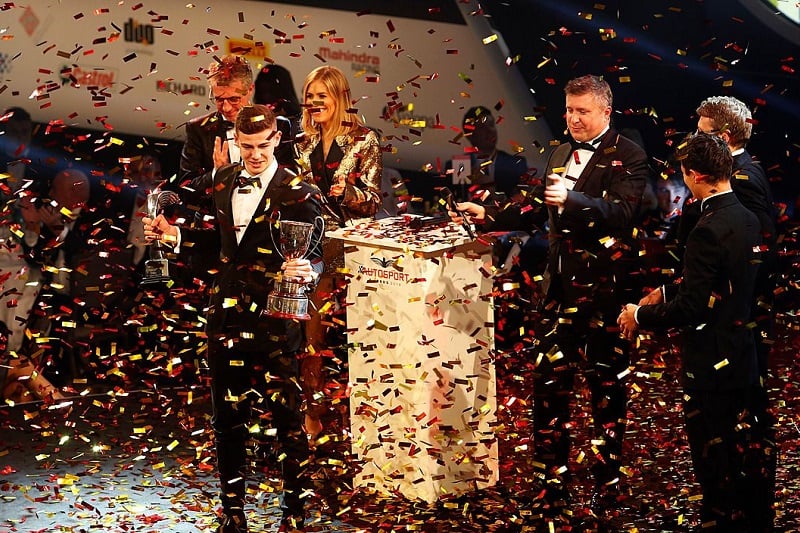 A star studded night at the Autosport Awards saw fifteen trophies handed out as the Motorsport community rallied together for an end of year show.

The biggest prize of the evening, the McLaren Autosport BRDC Award, handed to a rising British star, went the way of Tom Gamble, who beat out three other drivers.

Ticktum himself picked up the National Driver of the Year, having achieved his second Macau Grand Prix win and finishing runner-up in the FIA European F3 Championship this year.

Elsewhere, Marc Márquez won Rider of the Year, with Sébastien Ogier winning Rally Driver of the Year. Ogier’s Ford Fiesta WRC also won Rally Car of the Year as Charles Leclerc won Richard Mille Rookie of the Year after an incredible first season in Formula One.

The Autosport Williams Engineer of the Future Award would go to Owen Heaney of the Imperial College London. The prize awards him with a two-year placement in an accelerated development programme at the Williams F1 team.

Motorsport Network’s President, James Allen said, “It’s been a glorious evening of celebration of the achievements across our sport from all four corners of the world. Once again, we have helped to recognise the achievements of the legends of the sport while at the same time setting new careers on their way with an unprecedented level of backing and support.

Other award winners are listed below.

By Findlay Grant
1 Mins read
The Goodwood Festival of Speed is the latest motorsport event to be postponed due to the global COVID-19 crisis.